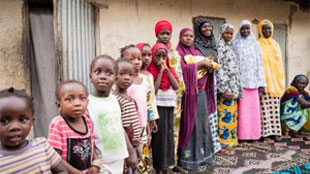 Over a short time, the district went through a modern-day demographic transition—a well-known fall in birth and death rates typically seen when human societies move to industrialized economies—causing natural selection to act upon the population in noticeably altered ways, according to a study published today (April 25) in Current Biology.

Alexandre Courtiol from the Leibniz Institute for Zoo and Wildlife Research and Ian Rickard from Durham University found that before 1974, shorter, fatter women had the highest relative fitness—measured by the number of...

Their results  are the latest to challenge the idea that modern humans have stopped evolving due to industrialization and medical advances. Although the team did not find any actual changes in gene frequencies—the gold standard for demonstrating evolution has taken place—“the paper illustrates that natural selection persists in contemporary human populations,” said Jacob Moorad, an evolutionary biologist from Duke University who was not involved in the study. “And this force for evolutionary change is fluid.”

Since 1955, the MRC has thoroughly documented the villagers’ births and deaths, as well as their health, height, and weight. Courtiol and Rickard used these records to show that since the clinic was built, the variation in individuals’ relative fitness has fallen. This should mean that natural selection operates less strongly, since, as Rickard explained, “if everyone survives to the same age and has the same number children, there’s no potential for evolutionary change.”

But this overall pattern masks two conflicting trends. Courtiol and Rickard found that while variation in death rates has fallen since 1974, variation in fertility rates has gone up. The Gambian villagers are now surviving to more similar ages, but they differ more in how many children they have.

The data also showed that natural selection shifted from favoring shorter women with a high body mass index (BMI) to taller women with lower BMI. Since height and BMI are both highly heritable, these reversed selection pressures should eventually produce generations of taller and slimmer Gambian women, the authors said.

Monique Borgerhoff Mulder, an anthropologist from the University of California Davis, said the results are interesting but it is not clear why selection pressures on BMI and height took a U-turn. “Do fat, heavy women no longer enjoy a fertility advantage over their taller, thinner counterparts because of changed disease prevalence, changed diet, new mate choice criteria, or something else?” she asked. “We are left with rather a limited understanding [about] what contributes to the BMI and height findings.”

Nonetheless, the results are important for understanding how humans continue to evolve. Many societies have recently gone through a demographic transition, or are currently experiencing one now, and they may be experiencing similar shifts in selection pressures.

For example, studies from the United States, Italy, and Sweden have found comparable patterns to the one Courtiol and Rickard uncovered—variation in fertility rates goes up even though variation in fitness goes down. “Selection is being relaxed overall, but since people are surviving to similar ages, variability in fertility becomes relatively more important for evolutionary change,” said Rickard.