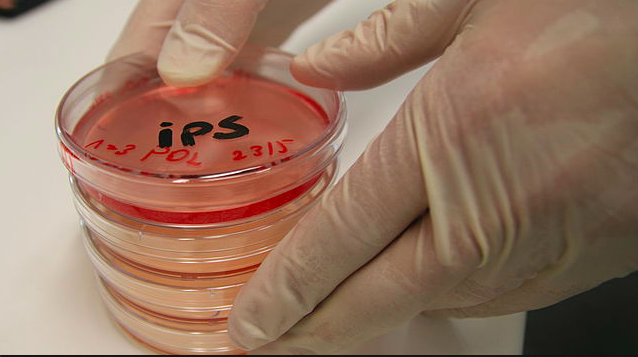 WIKIMEDIA, CSIROAfter human somatic cells are reprogrammed into induced pluripotent stem cells (iPSCs), the resulting cells retain both genetic and epigenetic indicators of the age of the person who donated the somatic-cell progenitors, scientists have found. Ali Torkamani, Kristin Baldwin, and their colleagues at the Scripps Research Institute in California have found that iPSC genomes have methylation patterns that reflect donor age. In general, the number of mutations those pluripotent cells carry increases with donor age—until around age 90, that is, when the number of mutations decreases, the researchers found. These results, published today (December 12) in Nature Biotechnology, have implications for autologous transplantation—creating a replacement tissue from a patient’s own cells—something that older people are more likely to need, the authors noted.

“If you’re getting cells from these older donors, these seed cells that you use for reprogramming already have some accumulation of mutation load, and...

“The study highlights the fact that there is some age-associated risk of pathogenic variants in iPSCs,” Torkamani told The Scientist.

Somatic cell reprogramming takes differentiated cells and returns them to a pluripotent state. A previous study had reported that, epigenetically, some iPSCs appear to have a negative age, corresponding to an embryonic state. Torkamani and colleagues decided to examine whether iPSCs additionally retain signs of the age of their somatic progenitor cells.

Scientists have long realized that as people age, their genomes undergo epigenetic changes: some genomic sites gain methyl groups, others lose them. Epigenetic changes likewise occur during the creation of iPSCs, but it was unknown how reprogramming affected age-related epigenetic marks.

To find out, the researchers examined methylation patterns in iPSCs derived from the peripheral blood mononuclear cells of 16 donors, ages 21 to 100. Every iPSC line had a negative predicted epigenetic age, as expected, but the team also noticed age-related variation. At sites that typically gain methylation with age, iPSCs from older patients had accordingly higher methylation levels. However, at the sites that typically lose methylation with age, the younger cells also showed reduced methylation levels. The researchers also examined CpG islands that typically lose methylation during iPSC production, finding that iPSCs from older donors retained higher methylation at those sites. These results suggest that the older somatic cells and their derivative iPSCs have a demethylation defect, Torkamani explained. Passaging the iPSCs gradually erased those donor cell age-related epigenetic differences, the team found.

The findings could impact how scientists use iPSCs to model human diseases, Steven Finkbeiner, associate director of the Gladstone Institute of Neurological Disease, who was not involved in the work, wrote in an email to The Scientist. The “prevailing view” is that iPSCs and cells differentiated from them will better model aging-related diseases if they retain their epigenetic signature of aging, he said.

Unlike in disease modeling, where it may be desirable to retain the cellular marks of age, when it comes to creating tissues to transplant, those aging marks may be of concern.

“Especially in older individuals, but probably in all individuals, a good practice would be to . . . screen your iPSCs beforehand using a genomic or genetic approach so that you can screen out lines that might have a pathogenic variant,” Torkamani said.