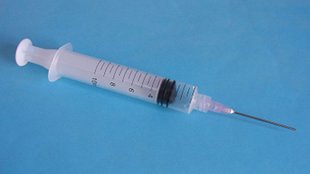 WIKIMEDIA, BIGGISHBENWidespread uncontrolled inflammation, multiple organ failure, and death were the results of lymphocytic choriomeningitis virus (LCMV) infection in mice that had been immunized with a vaccine that solely elicited a T helper cell response, according to a report published in Science today (January 15). The results suggest vaccines that activate multiple arms of the immune system are likely to be safest and most effective.

“Immunity works as a system and what [the researchers] have been able to show is that when one tweaks only a single component, it can lead to quite detrimental results,” said immunologist Bruce Walker, director of the Ragon Institute in Cambridge, Massachusettes, who was not involved in the work.

“It’s an important cautionary message,” agreed immunologist Dan Littman of New York University Langone Medical Center, “that in any kind of vaccination one needs to consider the likelihood of getting a balanced immune response.” Littman...

T cells that express CD4 proteins on their surface—CD4 T cells—are also known as T helper cells because, in response to a viral infection, they assist in the promotion of a strong antibody response by B cells, and in the development and function of CD8 “killer” T cells—so called because they destroy infected cells.

“In natural virus infections you always get both CD4 and CD8 [responses],” said Dan Barouch of the Ragon Institute, who led the new study. “But some vaccines induce primarily CD4 T cell responses,” he explained—most likely because their viral antigen molecules, or epitopes, preferentially activate CD4 cells.

Barouch decided to push the idea of CD4 bias to the extreme, asking what would happen if a vaccine induced CD4 cells exclusively. To find out, he and his colleagues vaccinated mice with specially designed vaccines against LCMV that contained epitopes of the virus that could only activate CD4 T cells.

The mice were subsequently infected with LCMV and the results were devastating. While unvaccinated mice infected with LCMV exhibited symptoms of disease and then recovered, 90 percent of the vaccinated mice died as a result of widespread raging inflammation prompted by the LCMV infection. “We mapped out the mechanism and showed that the uncontrolled viral replication caused the virus-specific vaccine-induced CD4 T cells to be over-stimulated, which therefore triggered an inflammatory response so strong that it was lethal,” said Barouch.

“I don’t think anybody would have anticipated this result,” said Walker, “but in retrospect, it makes perfect sense.” That’s because “it’s really the antibodies and CD8 cells that have the direct antiviral effects,” said Barouch, adding that CD4 cells are more like strategic military generals—orchestrating the battles without directly fighting the enemy. Thus, during the LCMV infection, the vaccine-primed CD4 cells were being stimulated to secrete inflammatory cytokines, but the virus was not actually being destroyed. Continued viral replication then led to more CD4 stimulation and, ultimately, to an unchecked cytokine storm. “If you just have strategic generals and no soldiers,” Barouch analogized, “it turns out to be worse than having no army at all.”

Providing LCMV-primed antibodies or CD8 cells to the vaccinated mice before infection prevented the immunopathology and death.

Barouch stressed that there was no indication that the results would be applicable to other vaccines or infections. Indeed, he said, “almost no vaccine would induce only a CD4 T cell response unless that was designed [to].” However, he added, “vaccinologists should take note of the phenomenon.”

Indeed, for vaccines in development, said Walker, “I think it will be important in preclinical studies to screen out candidates that only induce a CD4 response.”

Correction (January 21): This article has been corrected from an earlier version, which incorrectly identified LCMV as lymphocytic cytomegalovirus. LCMV is in fact lymphocytic choriomeningitis virus. The Scientist regrets the error.