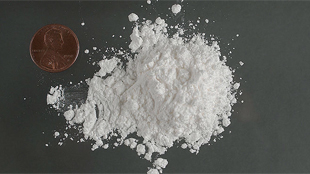 Wikpedia, DEAIf a rat becomes addicted to cocaine, you might expect that its offspring would also be predisposed to using the drug, especially since drug addiction is heritable and tends to run in families. Instead, scientists from the University of Pennsylvania (U Penn) have shown that the sons of cocaine-using male rats find the drug less rewarding, and are more likely to resist addiction.

The findings, published today (16 December) in Nature Neuroscience, “were the exact opposite of what we expected,” said U Penn’s Chris Pierce, who led the study. His team showed that cocaine use leads to epigenetic changes in a rat’s brain that boost the levels of a protein called brain-derived neurotrophic factor (BDNF). These same changes are seen in the sperm of drug-taking rodent parents, and can be passed on to their male pups.

Although it is not yet clear if the...

“It’s very interesting, but also very scary,” said Paul Kenny, a neuroscientist at the Scripps Research Institute in Florida who was not involved in the study. “When you think about behavior, you think about your own behavior, not the fact that you could influence the behavior of your offspring through epigenetics. If other people find similar effects, and it’s a robust phenomenon that equally translates into humans, it’s something people need to be aware of.” (Read more about the possible heredity of epigenetic changes in The Scientist’s recent feature, “Lamarck and the Missing Lnc.”)

Pierce’s graduate student Fair Vassoler, now a postdoc at Tufts University, allowed male rats to give themselves hits of cocaine for 2 months. She then mated these males with drug-free females, and tested the pups’ reaction to cocaine. The daughters proved to be just as sensitive as their parents, but the sons were more resistant. Compared to pups that were sired by two drug-free parents, these sons of cocaine-taking fathers administered less of the drug to themselves, and took longer to reach the same levels of addiction.

“The results are sobering, pun sort of intended,” said Pierce. “The rats in our study were given access to cocaine for only 2 months, but this level of exposure was sufficient to significantly change the physiology and behavior of their male offspring.”

These differences were not due to more general mental problems, as all the young rats could learn to press a lever to get a sugary drink equally well. Nor did the father’s addiction change the way the mother rats nursed their pups. Instead, the pups’ resistance appeared to stem from higher levels of BDNF protein in their medial prefrontal cortex (mPFC), an part of the brain that is broadly involved in controlling behavior.

In an earlier study, Pierce’s team showed that cocaine use repackages the BDNF gene in the cells of the mPFC. Specifically, one of the histone proteins associated with the gene gets tagged with acetyl groups, causing an increase in the gene’s expression. This leads to more BDNF protein, which seems to blunt the effects of cocaine.

Now, the team has shown that these same epigenetic changes also happen in the rats’ sperm, and can be passed down to pups. By starting off with more BDNF in their mPFCs, even before they ever encounter cocaine, the young males inherit a pre-existing defense against the drug.

It is still unclear why this protection does not pass down to daughters as well, or whether it can be inherited from mother rats. And Pierce added that “BDNF is almost certainly not the only player.” His team is going to analyze the entire genomes of their rats to identify other proteins that may be involved, which might lead to clues for treating addiction.

Meanwhile, Kenny noted that BDNF has many roles beyond influencing sensitivity to cocaine. “It’s a key regulator of the corticostriatal pathway, which is involved in attention-deficit hyperactive disorder (ADHD) and habit formation,” he said. “It’ll be interesting to see what other behaviors are impacted in these rats.”