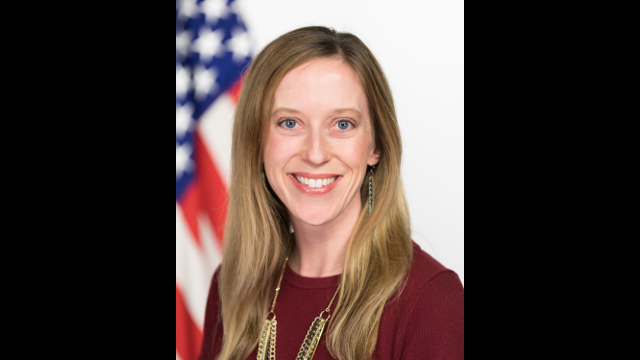 Sara BrennerOFFICIAL WHITE HOUSE PHOTO BY STEPHANIE CHASEZUntil January of this year, Sara Brenner was an associate professor and assistant vice president for nanohealth initiatives at SUNY Polytechnic Institute in Albany, New York. But she gave it up temporarily to spend a sabbatical in President Donald Trump’s administration. The physician-scientist is working as a senior policy advisor in the White House Office of Science and Technology Policy (OSTP)—an office that remains without a director and has experienced considerable shrinkage in staff numbers since Barack Obama’s administration.

Brenner spoke with The Scientist about the transition from academia to the policy realm, what she’s working on, and her response to critics of the administration.

The Scientist: What do you do at OSTP?

Sara Brenner: One of my major roles . . . is being able to respond to different questions and issues that come across OSTP [in my areas...

And then the other main bucket would be engaging stakeholders and community members who care about the issues that we’re working on, and that might be from the private sector, [and] obviously from the public sector. . . . But also academicians, folks like me, from the places that I came from in clinical medicine and also academia.

TS: How many people are working on health and biomedical innovation now at OSTP?

SB: There are about 56 of us in total, and I would say there’s a good handful that have some background and experience in life science. But I actually coordinate with and cooperate with people who have expertise in different areas that can come to bear on specific tasks. . . . Rather than being bucketed, part of what’s really exciting about the way that the office is working and functioning on a daily basis is you get a cross-pollination between different areas and you see synergies rise up and new opportunities for life science and biomedical research and development that you otherwise wouldn’t have thought of.

TS: What led to your joining OSTP?

I’ve been excited to join a team and an administration that’s committed to reducing unnecessarily overburdensome regulations on the research community to free up valuable research time and resources.

SB: After [my training in] preventive medicine and public health, I had intended to come to the federal government right away, but I was offered a faculty position. . . . It was one of those very unexpected opportunities that for a person like me was irresistible, because it was kind of a blank sheet of paper where there was a need within nanoscale science to address some of the emerging health concerns, but also the opportunities for things like nanomedicine.

I’d actually interacted with OSTP a couple years ago through my work in nanotechnology and advanced technology. . . . I had come and given a presentation, along with some federal agency counterparts, on public-private partnerships and opportunities to innovate in advanced manufacturing and worker health and safety, in that regard. So I had been introduced to the office a while ago and kept in touch. . . . When the opportunity came up to join OSTP, I thought, wow, this is a very cool, very exciting opportunity to go to Washington and try to promote the things we all care about as scientists. And then I had various conversations with folks who are here, and was impressed by the quality of the scientists here, the quality of the staff—the entire enterprise and the opportunity to make positive change for the country.

TS: There have been reports that OSTP’s staff has shrunk significantly during this administration, and the office still lacks a director. Did factors like these give you any hesitation about taking the job?

SB: No, they didn’t. The people that I talked to and the people I met when I visited DC before we moved here were committed, professional, dedicated, and trying to do work that I believe in. The fact that they’ve been growing the staff was inspiring and I certainly wanted to be a part of it. It’s important work that we’re doing.

TS: But given the lack of a director, you weren’t concerned that the work you’re doing might not have an impact at a higher level?

SB: Those were questions that I asked of the people who were here at the time. They did not seem to feel that that inhibited their ability to make progress, or their ability to do the functions that I mentioned previously. . . . Of course, it was impossible to know exactly how it would be before I came in, but that was the leap of faith that I took, and I’m incredibly glad that I did. Having been here for several months now, I don’t feel that we’re really inhibited in performing those functions.

TS: Were there personal or professional sacrifices you had to make to join OSTP?

SB: I’m on sabbatical right now, and my family, thankfully, came with me on this journey. Of course, it was logistically challenging to move with little kids, but this is an exciting place for kids, so we’re having fun. We’re definitely making the most of it. It’s an adventure.

TS: How does working in the White House compare to academia?

SB: It’s different, as you would expect. . . . The similarities between where I was [at SUNY] and here are that there are experts in many different disciplines, we work collaboratively, and we engage the private sector in dialogue.

I would say what’s different is the scale and magnitude of the problems and challenges that we’re tackling. I can’t imagine that they’re bigger anywhere else than at the White House. The pace and the level of responsibility is sort of indescribable. That’s something that you either enjoy, or, I would imagine, a lot of people wouldn’t enjoy, but I’m the type of person who likes to take that challenge on, and also recognizes that it’s a privilege to serve in this role.

TS: Which of your current projects are you most excited about?

SB: In terms of academia, I really wanted to represent the voice of researchers and frontline faculty members who are out there teaching, doing research, and doing service for the university. . . . There are a lot of administrative burdens and things that slow us down. . . . I’ve been excited to join a team and an administration that’s committed to reducing unnecessarily overburdensome regulations on the research community to free up valuable research time and resources.

Basic science, a lot of it, doesn’t ever make it out of the lab. We’re looking at specific ways that innovation can extend beyond the lab and make it all the way to the marketplace, and that, of course, helps the economy and creates jobs and other things that people—and not just scientists, but the country in general—are interested in.

Another piece that as a scientist I was interested in being a part of was opening science up and making scientific information more accessible to other researchers and also to the general public. . . . Sharing and exchanging scientific discoveries and underlying data within the government, that would be the intramural work, as well as the broader research community—and those would be extramural awards and grants that faculty oversee—sort of liberating and accelerating that information across communities will promote basic science discovery and spur innovation.

From the clinical side . . . the issue of health data and electronic health record interoperability is a big one that has been identified by the clinical community and patients for a long time. As a physician, I realize that data sharing and data transfer—and barriers to that, more specifically—are holding back a lot of all the good things that we want to do with our healthcare system. That includes moving biomedical research and development and new products into the clinical setting that can help treat patients and save lives. That’s a huge area with many stakeholders involved, and it’s a quagmire that I’m particularly captivated with, and have been ever since I was in medical school.

TS: Do you hope to stay in the policy realm long-term?

SB: I really enjoy it; I wouldn’t rule it out. It’s tough when you’re passionate about many different things. . . . I don’t know if there’s a perfect world where you can do all of those things at once, but I’m keeping my eye open for those types of perfect platforms.

TS: What do you say to fellow scientists who view this administration as anti-science?

SB: I would say to be open minded, and look for the ways in which we can align on the things that we all care about. People, I think, unfortunately, are looking for things to disagree about in this climate, and science, from my perspective, both in academia and here at OSTP, is an area where there’s a huge amount of support from people across the entire spectrum. When we’re talking about things like developing lifesaving technologies, it’s difficult to find people who would say, ‘No, that’s a bad idea.’ For the scientific community, I would say, let’s focus on what we all want and what we can all agree on, and there’s a lot to like and a lot to come together on within science.