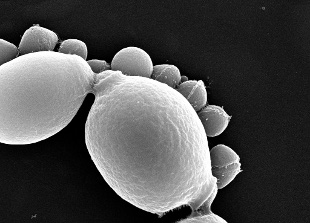 The gastrointestinal (GI) tract is a frequent source of blood-disseminated septic infections, which are an increasing problem and common cause of death among already severely ill patients who spend time in intensive care units (ICUs). Sequence analyses of stool samples from ICU patients at University of Chicago hospitals revealed profound disruptions of gut microflora compared to healthy patients. In a study published today (September 23) in mBio, researchers also fed ICU patients’ “ultra-low-diversity” gut microbes to C. elegans roundworms. These experiments yielded insights into the origins of the microbes’ pathogenic behavior and potential paths to mitigate it.

Although a well-functioning human intestine teems with a variety of microbial life, serious illness, long-term intravenous feeding, and...

When a patient spends a long time in ICU, “the gut undergoes near-complete ecologic collapse,” said study coauthor John Alverdy, a gastrointestinal surgeon and researcher at the University of Chicago’s Pritzker School of Medicine. In response to the “slash and burn” use of antibiotics, among other factors, “it’s like the Amazon rainforest. It falls apart.”

Because the microbial composition of the ICU patients’ guts was so simple, Alverdy and his colleagues were able to grow each bug in culture. The 16S rRNA sequences were specific to bacteria, but culture analysis also showed the presence of the fungus Candida albicans or C. glabrata in most patients. The researchers tested each cultured strain for resistance to various antibiotics or antifungal compounds. Not surprisingly, they found widespread antibiotic resistance, although in culture some strains were sensitive to drugs that were ineffective against the same infections in patients.

“It was so surprising that we found just two-member communities—only Candida and multidrug-resistant bacteria,” said microbiologist and study coauthor Olga Zaborina. “People have studied communication in these [simple] microbial communities, but even there, they never realized that it might happen in reality.”

To examine the disease-causing potential of the patients’ altered microflora, the researchers fed lab-grown cultures of six patients’ microbes to C. elegans roundworms—established models for studying the virulence activities of mammalian pathogens. Although individual bacterial taxa caused little harm to the worms on their own, most Candida isolates killed the worms within 40 hours of ingestion. The combination of Candida and bacteria, however, appeared to keep pathogenesis in check.

“They actually considered the fungal component of the microbiome, which has been routinely ignored in hundreds of microbiome studies,” said Michael Lorenz, a microbiologist at the University of Texas Health Science Center at Houston who was not in involved in the study. “So the finding that there are these interactions between the bacterial and fungal components is one that people should be very aware of.”

To mimic the conditions in an ICU patient’s gut, the researchers grew the microbes in the presence of an opioid. Opioids often enter the gut in critically ill patients as part of a stress response, and are known to interact with the quorum-sensing signals that regulate bacterial virulence. Indeed, in two Candida-bacteria combinations, opioid treatment shifted bacterial behavior from commensal to pathogenic, killing a substantial proportion of worms.

On the other hand, Alverdy, Zaborina, and their colleagues previously showed that decreased phosphate concentrations in the C. elegans gut—much like the low-nutrient environment in an ICU patient’s GI tract—activate quorum-sensing signals that promote pathogenesis. Here, the team found that phosphate, when added to the opioid mix, rescued most of the worms.

Although this study was too small to assess statistical significance, the team found associations between the behavior of the bacterial communities in C. elegans and patient outcomes—whether they were discharged from the ICU or died after succumbing to a septic infection.

According to Mark Lyte, a neuroendocrinologist who studies interactions between microbes and host physiology at Texas Tech University Health Sciences Center, the study “gives clinicians important information that they’re to get the gut back to health as fast as they can. The quicker they can re-establish normal communities in the gut, the better it will be for the patient prognosis.”

While Alverdy and Zaborina continue to explore the antivirulence potential of phosphate treatment, they suggested that reconstituting a patient’s original community of gut microbes might be the best medicine. Before entering intensive care for organ transplants or other major procedures, patients may soon set aside their own healthy stool to be used for a future fecal transplant.

A. Zaborin et al., “Membership and behavior of ultra-low-diversity pathogen communities present in the gut of humans during prolonged critical illness,” mBio, doi:10.1128/mBio.01361-14, 2014.