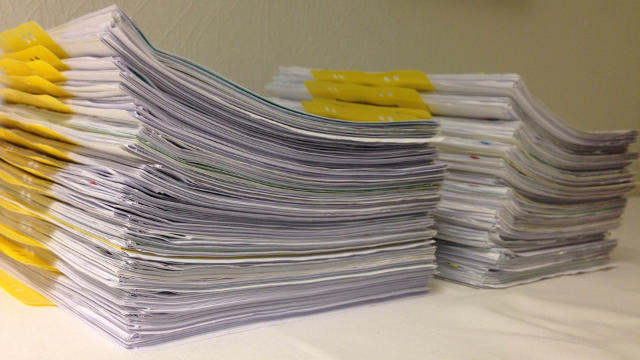 PIXABAY, CESKYFREUND36Pathologist Fazlul Sarkar, formerly of Wayne State University, fostered a culture of research misconduct over several years in his lab, according to a report obtained by The Scientist via the Freedom of Information Act.

“Dr. Sarkar established in his laboratory an environment and practices which focused on high productivity in publications and grant applications but which disregarded basic checks on the integrity of data, records, and reporting,” the investigative panel, convened by Wayne State’s associate vice president for research integrity, Philip Cunningham, wrote in its August 2015 report. “The Investigation Committee finds that the evidence shows that Dr. Sarkar engaged in and permitted (and tacitly encouraged) intentional and knowing fabrication, falsification, and/or plagiarism of data, and its publication in journals, and its use to support his federal grant applications.”

Sarkar said that he rejects the findings in the report. “There was no falsification in any of my publications,...

Investigators at Wayne State started with 24 allegations of misconduct leveled against Sarkar by an anonymous source. As they pored over six years’ worth of Sarkar’s publications, National Institutes of Health (NIH) grant applications and progress reports, patent filings, hard drives, laboratory notebooks, and more than 80 hours of interviews with Sarkar lab members and collaborators, the panel received additional allegations from anonymous and pseudonymous sources. The 24 original allegations were joined by dozens more. Altogether, the university investigated more than 140 allegations of research misconduct on the part of the pathologist.

Most of the allegations involved the reuse and relabeling of images in figures that were published in scientific journals, used to support grant applications, employed to communicate progress on funded projects, or printed in a patent application and dissertation. The images involved western blots, electrophoretic mobility shift assay (EMSA) data, cell culture photographs, and other research outputs.

In total, the investigative committee suggested that 10 of Sarkar’s publications be amended with possible corrections, including replacing duplicated images, and that 42 publications be retracted. To date, 18 of Sarkar's papers have been retracted, including some of the studies the panel pointed to.

“The Investigation Committee concludes that Dr. Sarkar has no basis to claim that he did not know what was happening in his laboratory because he was too busy or not paying attention,” the report stated, referring to Sarkar’s responses to questions from the panel. “The evidence shows that Dr. Sarkar failed to establish or maintain standards of quality control in record keeping, or to exercise due diligence to correct unacceptable practices. The Committee concludes, based on an examination of the evidence, that Dr. Sarkar’s failures of mentorship and laboratory management rise to levels of recklessness that enable irresponsibility, uncritical collegiality, acceptance of poor laboratory practices indiscriminant [sic] awarding of authorships, and ultimately resulted in widespread research misconduct by him and others.”

Sarkar has been embroiled in legal proceedings involving criticism of his work on the post-publication peer review platform PubPeer. His legal team has maintained that the researcher is being defamed by anonymous commenters on the site, and his attorneys have subpoenaed PubPeer to learn the identities of those commenters, including the pseudonymous whistleblower Clare Francis.

According to Cunningham, Wayne State was required to communicate its findings to the Department of Health and Human Services’s Office of Research Integrity (ORI) because Sarkar’s misconduct involved applications and progress reports on federal grants awarded to the researcher. (According to the NIH’s Research Portfolio Online Reporting Tools database, as of October 18, Sarkar was listed as the principal investigator on 51 federal grants, all from the National Cancer Institute, awarded to him between 1993 and 2015.) “I don’t know what they’re doing with respect to this report,” Cunningham told The Scientist.

ORI spokesperson Diane Gianelli noted that the agency is unable to  comment on the case. “ORI cannot confirm or deny the existence of an investigation,” she wrote in an email to The Scientist.

Cunningham confirmed that Sarkar retired from Wayne State earlier this year. “This was a more significant investigation than we typically see,” he added.