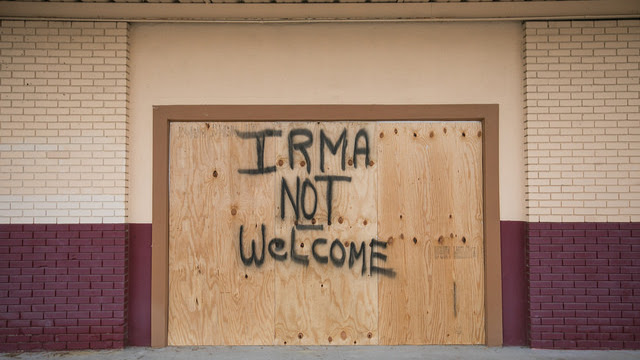 FLICKR, CITYOFSTPETEAs Hurricane Irma continues up Florida’s west coast, those in its wake are just beginning to assess the damage from the past several days. The storm has killed at least 27 people in the Caribbean and four in Florida. Georgia has also been under a state of emergency as the storm approached, and Irma has already killed one person there and knocked out power to 700,000, the Weather Channel reports.

An estimated 6.5 million Floridians were ordered to evacuate ahead of the storm, according to the governor’s office. Those included faculty, staff, and students at numerous universities. Sylvia Daunert, a biochemist at the University of Miami School of Medicine, says in an email to The Scientist that some fled to other states while “others moved out of the country because that is the only flight they could find before the airport closed,” she writes. Daunert...

The University of Miami had advised students and personnel not to come to campus, stating that classes will not resume until at least September 18. Delia Gutman, who manages a lab in the medical school, tells The Scientist in an email that she won’t be allowed back to the facility until Wednesday. “The medical campus is covered with a lot of debris and the roads are flooded, traffic lights don't work so at this time it is not safe to drive,” she says.

In the Florida Keys, U.S. Fish & Wildlife staff followed evacuation orders, and are awaiting officials’ green light to head back and see how facilities and endangered animals fared.

The Mote Marine Lab in Sarasota, near Tampa on the Gulf Coast, had employees on site today. “All animals are safe,” according to Mote’s Twitter feed, “but we need additional time to clean.” The Scientist has not yet heard back from Mote’s coral research facility on Summerland Key.

Florida International University in Miami remains closed “until further notice,” Mark Rosenberg, FIU’s president, says in a statement. Aside from some flooding and significant damage to landscaping, the campus fared well through the hurricane. All buildings will be carefully inspected before staff and students can return, and because some facilities are being used as a shelter for those displaced by the storm, “it is impossible to say when those buildings will be returned to normal operations,” says Rosenberg. “Please understand that we and now others see our campus as a sanctuary.”