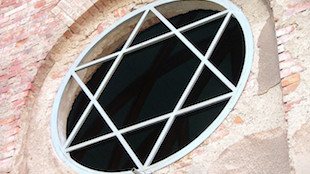 FLICKR, EMMANUEL DYANWhole-genome sequences from 128 healthy Jewish people could help the medical community identify disease-associated variants in those of Ashkenazi ancestry, according to a study published today (September 9) in Nature Communications. The library of sequences also confirms earlier conclusions about Ashkenazi history hinted at by more limited DNA sequencing studies. For instance, the sequences point to an approximate 350-person bottleneck in the Ashkenazi population as recently as 700 years ago, and suggest that the population has a mixture of European and Middle Eastern ancestry.

The study “provides a very nice reference panel for the very unique population of Ashkenazi Jews,” said Alon Keinan, who studies human population genomics at Cornell University in New York. Keinan is acknowledged in the study but was not involved in the research.

“One might have thought that, after many years of genetic studies relating to Ashkenazi Jews . . ....

Itsik Pe’er, coauthor of the new study and an associate professor of computer science at Columbia University in New York City, recalled that several years ago, he and his colleagues kept running into the same problem as they tried to understand the genetics of disease in Ashkenazi populations. They were comparing their Ashkenazi samples to the only control genomes that were available, which were of largely non-Jewish European origin. The Ashkenazi genomes had variation that was absent in these general European genomes, making it hard to distinguish rare variants in Ashkenazi people.

“Technology is there to tell us everything in that [Ashkenazi] patient’s genome, but the genome was not there to distinguish the variants that are there and to tell us whether they are normal or whether we should get worried,” said Pe’er.

Pe’er’s group teamed up with researchers from additional universities and hospitals in the U.S., Belgium, and Israel to sequence a collection of healthy Ashkenazi people’s genomes. The resulting panel of reference sequences performs better than a group of European genomes at filtering out harmless variants from Ashkenazi Jewish genomes, thereby making it easier to identify potentially harmful ones.

According to Pe’er, researchers will also be able to use the panel to infer more complete sequences from partially sequenced genomes by looking for familiar sequences from the reference genomes.

The team also used its data to better understand the history of the Ashkenazi Jewish people through analyzing both level of similarity within Ashkenazi genomes and between Ashkenazi and non-Jewish European genomes. By analyzing the length of identical DNA sequences that Ashkenazi individuals share, the researchers were able to estimate that 25 to 32 generations ago, the Ashkenazi Jewish population shrunk to just several hundred people, before expanding rapidly to eventually include the millions of Ashkenazi Jews alive today.

Further, the researchers concluded that modern Ashkenazi Jews likely have an approximately even mixture of European and Middle Eastern ancestry. This suggests that after the Jewish people migrated from the Middle East to Europe, they recruited people from local European populations.

These results are compatible with those of prior work on mitochondrial DNA (mtDNA), which is passed on maternally. This prior work suggested that Ashkenazi men from the Middle East intermarried with local European women. The Ashkenazi population “hasn’t been likely as isolated as at least some researchers considered,” said Keinan.

Finally, the newly sequenced genomes shed light on the deeper history of Europe, showing that the European and Middle Eastern portions of Ashkenazi ancestry diverged just around 20,000 years ago.

“This is, I think, the first evidence from whole human genomes that the most important wave of settlement from the Near East was most likely shortly after the Last Glacial Maximum  . . . and, notably, before the Neolithic transition—which is what researchers working on mitochondrial DNA have been arguing for some years,” Martin Richards, an archeogeneticist at the University of Huddersfield in the U.K., told The Scientist in an e-mail.

Skorecki noted that the new study demonstrates the utility of sequencing whole genomes of a more diverse set of people. “It is not clear to what extent this level of powerful inference will be reproducible in other population isolates with less dramatic or recent bottlenecks followed by expansions,” he said. “But with sufficient numbers of samples, parent population information, and computational analytic power, we can expect important and surprising utilities for personal genomics and insights in terms of human demographic history from whole genomes.”