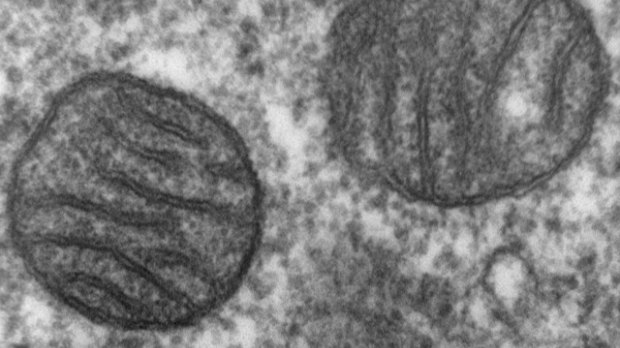 WIKIPEDIA, LOUISA HOWARDSeveral years ago, two families approached Jeanne Amiel, a genetics researcher at the French Institute of Health and Medical Research (INSERM) in Paris, searching for answers. One set of parents had lost four babies, each suddenly and unexpectedly, one after another—all of the children were between 14 months and 15 months old. The other parents had suffered the deaths of a 20-month-old and, later, a four-month-old. In each case, the babies’ hearts stopped, but no one knew why.

“They were fine,” said Amiel. All of the children seemed healthy. The parents whose fourth toddler died even took the child in for monthly check-ups with a cardiac specialist to be sure nothing would be overlooked. “And one day, in a few minutes or hours, [he] died,” Amiel recounted.

Two decades earlier, halfway around the world in New Zealand, another family experienced a similar tragedy. A 15-year-old boy...

As with the babies, both young men died because of cardiac arrest. But the parents were given no explanation why.

Now, Amiel’s team and another led by Peter George of the University of Otago and Johannes Mayr of Paracelsus Medical University Salzburg in Austria finally have answers for these families. Reporting in American Journal of Human Genetics today (August 11), the researchers independently pinpointed the cause of the kids’ deaths to inherited mutations in a single gene, PPA2, which codes for a mitochondrial enzyme.

It’s the first time this gene has been implicated in disease. “It was not known to be so important to the cell before this study,” Amiel told The Scientist. “This was not expected.”

Given the patterns within the families who had approached her (there were no sudden deaths among babies of other generations, and the fatalities affected both boys and girls), Amiel suspected that the children carried the same autosomal recessive mutation.

The two families who had approached Amiel and another family who had lost a baby at four months of age each had different mutations present in the gene, her team found. The researchers expressed these mutant sequences in yeast, finding that they crippled the microbes' growth. Completely wiping out the Ppa2 protein prevented the yeast from growing at all.

“We provide strong evidence that the identified mutations are extremely detrimental to mitochondrial maintenance and function,” Amiel and her colleagues wrote in their paper. It’s not clear how that ultimately leads to cardiac arrest, but the researchers noted that they suspect the heart becomes poisoned by inorganic pyrophosphate. “As a result, mitochondria can no longer supply energy to the cell.”

“It’s exciting that these authors opened up a new [biological] network [to investigate] for families who have lost a child unexpectedly or a young adult unexpectedly,” said Debra Weese-Mayer, who studies sudden infant death syndrome (SIDS) at Lurie Children’s Hospital in Chicago. SIDS, referred to as sudden unexpected death in infancy (SUDI) when the cause is figured out, claims the lives of around 2,000 babies in the U.S. annually.

In these cases, however, the clinical experiences were different. With the brothers there was their comparatively older age and alcohol sensitivity, and two of their siblings—who also carry the same PPA2 mutations—are still alive in their 30s and wearing pacemakers.

The other children in Mayr's study all had health problems, such as seizures and elevated plasma lactate levels. “It shows mitochondrial disorders can be extremely heterogeneous,” said Pankaj Agrawal, a neonatologist at Boston Children’s Hospital who investigates unexplained deaths in newborns.

“It’s quite a diverse clinical presentation but it’s obviously the same disease,” Mayr told The Scientist. The question now becomes how many others are affected by PPA2 mutations. He said that he looked through a genetic database of 60,000 individuals and found frequent, potentially pathogenic mutations. “We still expect there are milder forms of this disease.”

Agrawal said it’s possible that some of his patients’ fatalities may be explained by PPA2 variants. However, these rare mutations will not account for most sudden infant deaths, said Amiel, and screening for them should be limited to families who have experienced a child’s death by sudden cardiac arrest and have other reason to suspect PPA2 might be involved. For instance, some of the victims showed signs of cardiac dysfunction upon histological examination.

Amiel pointed out that most of the children in the two studies would not technically be considered SIDS cases because they were over 12 months of age. Weese-Mayer said the papers strengthen the argument that doctors looking into a SIDS event should ask about family history beyond the sudden death of babies to family members of all ages.

Weese-Mayer added that connecting the dots between these seemingly dissimilar deaths to arrive at the same gene “is a credit to the intellectual curiosity of the authors and the families,” finally giving the children’s loved ones some closure.

Editor's note (August 11): This article has been updated to include comments from Johannes Mayr.