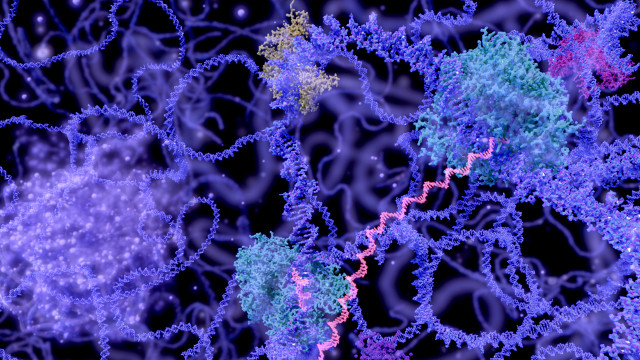 ISTOCK, SELVANEGRAA new bioinformatics strategy called DEScan has enabled researchers to identify genomic regions that undergo changes in chromatin accessibility in response to learning, according to a report in Science Signaling yesterday (January 16). Examining hippocampal neurons from mice before and after fear conditioning revealed widespread changes in chromatin conformation, mainly toward a more open structure.

“This is a fascinating investigation into the epigenetic basis for plasticity in the adult nervous system,” David Sweatt, a pharmacologist at Vanderbilt University who was not involved in the work, writes in an email to The Scientist. “The study is exceptionally comprehensive and utilizes cutting-edge technologies to interrogate the entire genome and assess sites of genetic plasticity in memory formation.”

Figuring out how epigenetic mechanisms within brain cells are linked to learning and memory is a subject of great interest to many researchers, including Washington State University’s Lucia Peixoto. But...

Genetic association studies for autism spectrum disorder (ASD) to date have been limited to the protein-coding portion of the genome, “which is about 2 percent,” says Peixoto. “There’s a need to look outside of the exome,” she continues, and investigating gene regulatory regions—hotspots of epigenetic chromatin changes—seemed like a good place to start.

The seat of learning and memory in the brain is the hippocampus. Peixoto and colleagues therefore took hippocampal samples from mice that experienced fear conditioning as well as from control animals, and prepared the chromatin for structural analysis.

DNA sequencing of these preparations was then followed by DEScan evaluations—a statistical framework for determining the differential enrichment of open and compact chromatin regions between the conditioned animals and controls. Of the 2,365 regions that exhibited changes in accessibility after fear conditioning, only 25 became more compact while 2,340 became more accessible.

“This was a surprise,” says Peixoto, but “it actually matches what other people have reported for . . . neuronal activity,” which is that activation of hippocampal neurons can induce open chromatin structures.

“Their results reinforce the view that the mature nervous system exhibits significant plasticity, and the epigenomes are dynamically regulated in response to learning,” Hongjun Song, a neuroscientist and cell and developmental biologist at the University of Pennsylvania who was not involved in the work, writes in an email to The Scientist.

Open chromatin structures are generally associated with more transcriptional activity, but Peixoto’s team found only a weak link between the set of learning-altered loci and learning-induced gene-expression differences. The researchers found a much stronger link, however, to learning-induced production of alternative transcripts—the non-standard transcripts sometimes made by certain genes. Consistent with this, the researchers showed that a disproportionate number of the learning-altered loci overlapped with alternative promoter regions of genes, which direct alternative transcript production. This suggests that changes in chromatin conformation during learning could drive the expression of alternative gene products—such as variant proteins, or noncoding RNAs.

Perhaps most strikingly, the team found a more than three-fold enrichment of known ASD risk genes in the set of learning-altered loci, which supported the researchers’ original hypothesis: that the biological underpinnings of learning and ASD are linked.

Exactly how regions of the genome that experience learning-induced chromatin changes might influence ASD is, as yet, unknown. But, the findings hint “that aberrant epigenetic regulation could contribute to ASD,” writes Song.