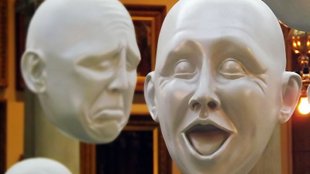 WIKIMEDIA, MARK HARKINResearchers have made mice enjoy spending time in a place they once feared using light-dependent manipulations of the animals’ neurons, according to a study published today (August 27) in Nature. This optogentically controlled memory reversal appears to be driven by altered connections between hippocampal neurons—which encode “where” memories—and amygdala neurons—which code for either positive or negative emotions, but not both—MIT researchers have found.

“It is an exciting advance in our understanding of the malleability of memory,” said Elizabeth Phelps, a professor of psychology and neural science at New York University who was not involved in the work. “They are giving us some more insight into the complex representation of aversive and appetitive memories and when and how they [change].”

Memories are created and stored in multiple areas of the brain. The amygdala, for example, processes information relating to whether something is good or bad, pleasurable...

Such good or bad feelings, or the emotional valence, linked to places and events enable animals to avoid dangers—so-called aversive behavior—and seek out benefits—appetitive behavior. But emotional valence isn’t rigid. Circumstances change and places that an animal once viewed as happy, safe, or warm, can become scary, unpleasant, or upsetting.

Susumu Tonegawa, a professor of biology and neuroscience at MIT, wanted to understand the physiological mechanisms behind this change in emotional valence. To find out, he and his colleagues used an optogenetic technique that, with a light-activated protein, labels only those neurons that fire during the formation of a specific new memory. The resulting light-inducible memory-associated cells can then be reactivated with lasers “at will,” explained Roger Redondo, a postdoctoral scientist in Tonegawa’s laboratory and a lead author of the new study.

The team used the technique to label neurons in the amygdala or hippocampus that were activated as male mice learned to fear a particular location, where they received electric shocks to the feet. The researchers then housed each fear-conditioned male mouse with female mice—a pleasant experience—while reactivating their now light-inducible neurons in the hippocampus or amygdala. When the amygdala-reactivated mice were returned to the location they had learned to fear, the animals froze in apparent anticipation of an electric shock, indicating that they still remembered the place was dangerous. When the hippocampus-reactivated mice were returned, however, they were no longer fearful—their memories of the place had become pleasant thanks to the neurons having been reactivated in the presence of the female mice.

The researchers also performed the reverse experiment, giving male mice access to females in the original location and later reactivating their memory-associated neurons while administering electric shocks. Again, the mice in which amygdala neurons had been reactivated remained happy in the original location, while the mice in which hippocampal neurons had been reactivated became fearful.

“The take-home message is that within the hippocampus there is a representation that can be flexibly switched to have an appetitive or aversive meaning, but within the amygdala there appear to be appetitive or aversive circuits that cannot switch their meaning so easily,” said Daniel Salzman, a professor of neuroscience and psychiatry at Columbia University in New York who was not involved in the work.

The inability of the amygdala circuits to change their valence is thought to be because these neurons either code for “good” or “bad” but not both, said Redondo. Thus, reactivating the labeled amygdala neurons would only have reiterated the original emotion. Indeed, in animals in which hippocampal reactivation had changed their emotions, different cells in the amygdala were activated. “Basically, the [hippocampal] neurons are now plugged to another set of neurons in the amygdala,” explained Redondo.

Changing the emotional valence of a memory is a clinical goal for patients who suffer from conditions such as phobias or post-traumatic stress disorder. Indeed, “associations to emotions can be so strong that they impair normal life,” said Redondo.  While optogenetic manipulation of people’s memories may be a long way off, “if we did have a better understanding, mechanistically, about how different emotional behaviors work in the brain, then we would be able to perhaps target even better treatment strategies than are currently available,” said Salzman.