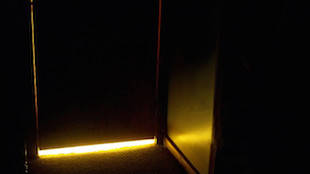 FLICKR, JO NAYLORExposure to even a low level of light at night makes implanted human breast cancer tumors grow faster in rats and makes the cancer cells impervious to the drug tamoxifen, according to a study published today (July 25) in Cancer Research. The researchers attributed these effects to light’s suppression of melatonin production, and showed that administering melatonin in the rodents’ drinking water helped eliminate the negative effects of light exposure.

“The implication is that it may be possible to overcome the insensitivity of some tumors in cancer patients by giving supplemental melatonin,” Russel Reiter, a professor of cell biology at the University of Texas Health Science Center in San Antonio who was not involved in the study, wrote in an e-mail to The Scientist. He added that the idea should be tested in clinical trials “as soon as possible.”

Exposure to light at night in humans has been linked epidemiologically to many cancers, including breast cancer. The brain usually secretes the hormone melatonin at night, but light exposure dampens melatonin production. Melatonin has been previously shown to inhibit pathways leading to cancer growth and progression. Many of these pathways are also involved in making breast cancer tumors resistant to tamoxifen, a breast cancer drug that works by binding to estrogen receptors on tumor cells, blocking the hormone from doing so.

The tumors of rats that were exposed to dim light at night grew 2.5 times faster than those of the controls. When the researchers attempted to shrink light-exposed rats’ tumors with tamoxifen, the tumors continued to grow at the same rate, whereas the tumors in the control rats notably shrunk.

The researchers next sacrificed the rats and analyzed their tumors. In the tumors of the light-exposed rats, several signaling molecules showed changes in phosphorylation associated with cancer progression and tamoxifen resistance. The tumors of light-exposed rats also showed alterations in metabolism typical of cancer, switching from using aerobic processes to using anaerobic glycolysis to produce energy. The tumors of control rats showed more subtle cancer-related changes.

When the researchers gave the rats melatonin at night, the controls and the rats exposed to dim light showed similar tumor growth and responsiveness to tamoxifen. This suggested that altered melatonin production was indeed responsible for increased cancer growth in the animals exposed to light at night.

Hill said he is not yet sure how melatonin dampens tamoxifen resistance. And he is unsure whether the hormone is affecting multiple pathways at once or affecting one signaling molecule that leads to multiple downstream changes.

He and his colleagues are now testing the effects of dim light and melatonin in prostate cancer. “We’ve seen some of the same phenomena [as in breast cancer],” he said.

Hill’s team will also attempt to validate their findings in human patients. Melatonin has already been tested clinically as a way to enhance tamoxifen’s efficacy at slowing cancer progression with modest success. But Hill said he hopes that having patients take the drugs before bedtime, rather than during the day, could help.

“We are not advocating that people with breast cancer go out and buy melatonin supplements,” said Hill. But he is ready to advise cancer patients to let their own melatonin production reach its full potential by getting plenty of sleep in complete darkness. He said that it is not yet clear exactly how much light exposure is needed to disrupt melatonin in humans, but that it could be a very small amount, such as the glow from a computer screen or a street lamp.

“If in the clinical setting melatonin also enhances the sensitivity of otherwise resistant tumors to tamoxifen, it would be a major advance in cancer treatment,” said Reiter.