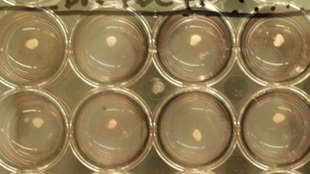 “I think the quality of the work in the paper is very high,” said Stephen Duncan, the director of the Regenerative Medicine Center at the Medical College of Wisconsin, who did not participate in the research. “They got iPSCs to differentiate by adding cells that produce the right growth factors . . . and then the cells spontaneously formed these three-dimensional aggregates that were able to form a rudimentary vasculature.”

“If you could use iPSCs to generate a truly functioning organ, then you would have this unlimited suitcase of spare parts that would be genetically matched to individuals,” said Duncan.

“Most researchers working on generating organs focus on one component: functional cell differentiation from human iPSCs,” said study lead Takanori Takebe, a regenerative medicine specialist at the Yokohama City University in Japan. “But that is not an efficient approach, so we established a new concept for three-dimensional organ generation.”

Microarray analyses of 83 genes known to be active during liver development also revealed that gene expression in the iPSC-derived liver buds was more similar to human fetal liver tissue than that of iPSC-derived hepatocytes created by other groups. However, Duncan expressed concern that the authors did not compare the gene expression profile of the liver buds with that of adult human liver tissue.

“Because you don’t have that benchmark, it’s really difficult to know how much better these [liver bud] cells are [than previously created hepatocytes],” said Duncan.

The researchers also found that the liver buds broke down certain drugs in a way that mirrored human metabolism. Furthermore, levels of human serum albumin—an important liver metabolite—produced by the transplanted liver buds were higher than those produced by other iPSC-derived hepatocytes.

The albumin levels are “a good indication that you’ve got functional cells,” said Duncan, “but again, there’s no quantitative comparison with human cells.”

In order to visualize how well the liver buds integrated with a host vasculature system, Takebe’s team transplanted the buds onto the brains of immunodeficient mice so they could view the tissue masses through a window implanted in the skull. Fluorescent imaging of the blood vessels within the liver bud revealed that the vessels formed unobstructed connections with the mice’s vasculature within 48 hours of transplantation.

“[The study] is a technical achievement, and it may some day be applied to the clinic,” said Shay Soker, a bioengineer at the Wake Forest School of Medicine who did not participate in the research. But Soker is skeptical that the technique will scale up to create viable human livers. He said that although the team demonstrated vascularization in the liver buds, he is not convinced that the process would happen quickly enough in larger liver buds transplanted into humans before the organs died of oxygen starvation.

“The most important step is to make a liver bud large enough to transplant into humans,” agreed Takebe. “Livers are composed of 10 to 100 billion hepatocytes. We need to establish a new kind of automated culture system to enable the production of a mass-scaled liver bud.”