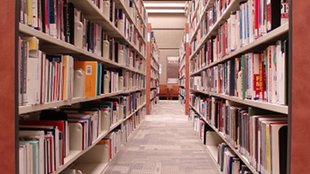 WIKIMEDIA, RAYSONHOThere is excessive reporting of positive results in papers that describe animal testing of potential therapies, just like the publishing bias seen in clinical research, according to a paper published today (July 16) in PLOS Biology. As a result, many potential therapies move forward into human trials when they probably should not.

“It’s really important [work] in that it gives another explanation for why treatments that appear to work in animals don’t work in humans,” said David Torgerson, director of the York Trials Unit at the University of York in the U.K., who was not involved in the study. “I’ve personally always thought that animal models are potentially not as good as people might assume, but actually that view could be completely wrong, according to this paper.”

Indeed, “many people have argued that maybe there are problems with animal studies—that they cannot capture human physiology and...

“We know publication bias happens a lot in clinical trials,” said Torgerson, “so I was surprised at myself for being surprised at the results, because of course, if it happens in human research, why wouldn’t it happen in animal research?”

Ioannidis confirmed his suspicions about publication bias by performing a statistical meta-analysis of thousands of reported animal tests for various neurological interventions—a total of 4,445 reported tests of 160 different drugs and other treatments for conditions that included Alzheimer’s disease, Parkinson’s disease, brain ischemia, and more.

There are two main reasons why this would happen, said Ioannidis. One, as mentioned, is the suppression of negative results. The second is selective reporting of only the statistical analyses of data that provide a significant score. “Practically any data set, if it is tortured enough, will confess, and you will get a statistically significant result,” said Ioannidis. Not surprisingly, such post hoc massaging of data is scorned in the scientific community.

Although the present study focused on animal testing of neurological interventions, a publication bias “almost certainly” applies in other areas of preclinical research, said Bart van der Worp, a neurologist at the Brain Center Rudolf Magnus Institute in Utrecht, The Netherlands, who also was not involved in the study.

So, what can be done to avoid it? “One possibility is to develop registries for all animal studies,” said van der Worp. “Then, if you are working in a specific field at least you’ll know some studies are going on, or have been performed, and may not have been published yet.”

Such registries exist for human clinical trials, so should not be too difficult to implement, he said. Furthermore, he suggested that a forum where investigators can deposit neutral or negative results in the form of articles, should be established to ensure that such findings are in the public arena and not hidden. This should help prevent other researchers from pursuing fruitless avenues of research, he said, “which is a waste of animals and a waste of research money.” Not to mention a risk to people enrolled in potentially pointless trials.