“We made history!” marchers chanted at the terminus of a mile-and-a-half walk from the Washington Monument to Capitol Hill in Washington, DC. And indeed, if only in spirit, the flagship March for Science in the US capital was the largest display of advocacy for science in the U.S. for more than 50 years, according to Rush Holt, CEO of the American Association for the Advancement of Science (AAAS), a partner of the march. (Official attendance estimates have not yet been released.) Scientists and science advocates joined in more than 600 marches around the globe today.

“To get this many thousands of scientists in so many towns and cities around the world to say, ‘We should go public with our science and with our concerns about the future of science,’ that is something I’ve never seen—at least in half a century,” Holt told The Scientist at AAAS headquarters following the march. “So, just by itself, that’s a success.” 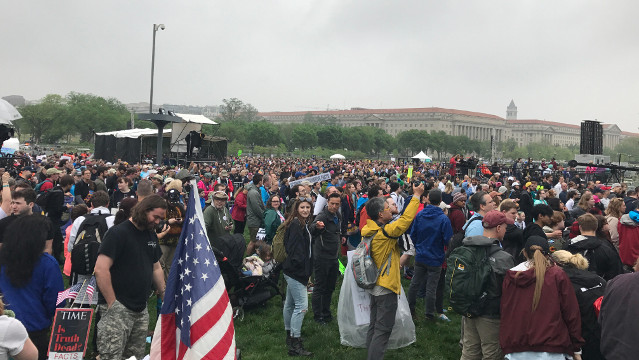 Scene at the pre-march rally in Washington, DCBOB GRANT

In DC, the rain arrived early in the morning—and stayed. But the precipitation didn’t seem to dampen the spirits of the thousands of rally attendees, some who traveled from out of state to voice their support for the scientific community. The Scientist spoke with marchers from New York to New Mexico, many of whom indicated it was their first time demonstrating for science.

Karl Klose, a microbiologist at the University of Texas, San Antonio, told The Scientist that the Trump administration’s proposed FY 2018 budget, which suggests cutting funding for several federal science agencies, including that of the National Institutes of Health (NIH), compelled him to march. “I’ve never protested before, ever. Specifically when the [proposed] budget cuts to the NIH were announced, it was kind of life a gut punch to me,” he said. “Because the NIH funds most of the science in the entire country, in addition to all the other agencies. . . . For me it was very personal. I didn’t want to pass up the opportunity to promote science and to show that science still plays a very important role in our society.” 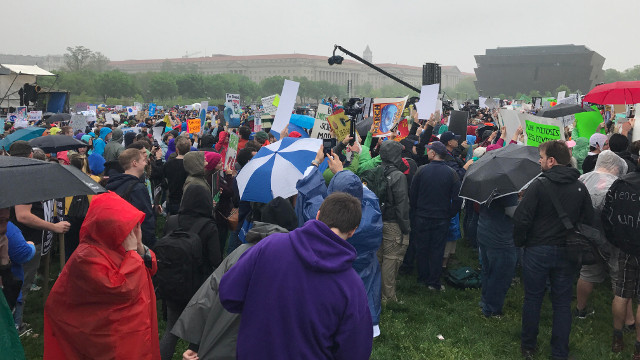 Scene at the pre-march rally in Washington, DCBOB GRANT

“This isn’t the end. This is the beginning.” –L.H. Griffin, artist, DC

Most researchers The Scientist spoke with voiced a positive message—that science has inherent value, and that they had turned out to express this sentiment in a public way. But some had strong words for the Trump administration, which they said has shown a disregard for scientific thinking in some of its policy pronouncements and cabinet nominations thus far. “I think it’s very clear that the direction of the current administration is to deny what we absolutely know is the result of human activity in changing emissions,” said Nigel Hughes, a paleontologist at the University of California, Riverside. “And this will and has in the past had many effects on Earth’s climate. I think we can learn from that, but only if we accept it and are prepared to engage with it.”

Holt mentioned some of the executive orders signed by President Donald Trump, one of which restricted the travel of people—including scientists—hailing from certain Muslim-majority countries. “If science is going to thrive, you need freedom of movement, freedom to collaborate, free exchange of ideas, and so forth,” he said. “It is true that there are some political challenges to that. And scientists should push back, sound the alarm and if necessary, push back.”

“The hope is somebody will listen. We’re not going anywhere.” –Susan Spires, associate professor of pathology and laboratory medicine, Kentucky

There also seemed to be a realization that researchers could not sink into complacency after the march ended. “I would hope that it doesn’t peter out and people do continue to look into avenues to help people; that [the march] establishes, within universities when people are training as scientists, they understand the importance of being able to reach out to the general public,” said University of South Florida neuroscientist Parmvir Bahia. “That, for me, would be a primary thing to focus on.”

Holt also said that the AAAS will be meeting with march organizers and representatives from scientific societies tomorrow (April 23), to draft a plan to build on the marches’ momentum to further their goal of communicating science to the public and to policymakers.

“We want to work with other science societies to start preparing their members—the scientists and the friends of science—to communicate what needs to be communicated,” he told The Scientist. 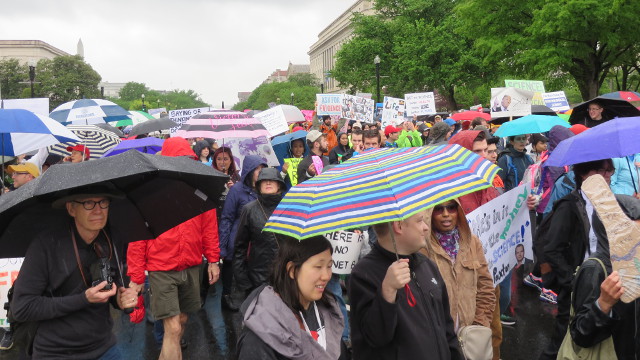 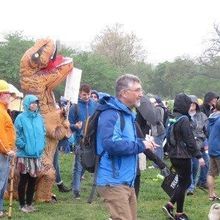 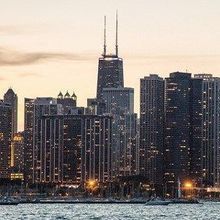 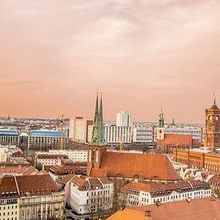 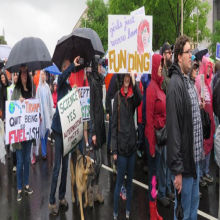