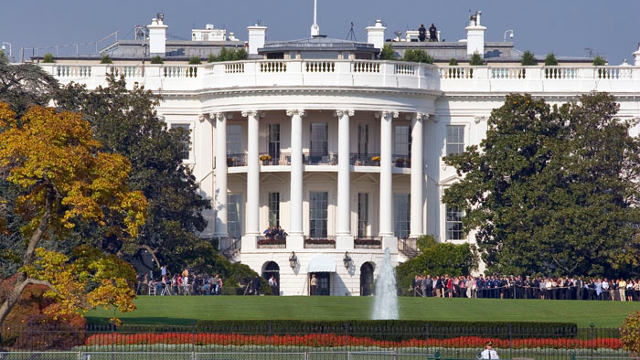 FLICKR, DCJOHNOn April 22, people will enter the public square to celebrate science and voice their support for the research enterprise in what’s expected to be unprecedented numbers. The March for Science comprises events planned across the globe, from Berlin to Chicago to Hong Kong. But the epicenter of the movement will be Washington, DC. This is, in part, because the march and the sentiment surrounding it were precipitated by the election of Donald Trump to the US presidency.

Although each new administration has a different take on science policy, professional science advocates are largely left scratching their heads as to where Trump stands on issues important to their members. “There’s no one, it appears to me, at 1600 Pennsylvania Avenue that particularly cares about science anymore. And that’s a different environment for us,” said Benjamin Corb, public affairs director at the American Society for Biochemistry and...

Trump’s opacity with regard to his positions on science has propelled science advocacy to a new level of intensity. “Sometimes it makes sense to join with other groups in sending letters or in activating their membership to speak out about it. Sometimes it makes sense to write a letter to the editor. Different things at different times,” said Rush Holt, CEO of the American Association for the Advancement of Science (AAAS). “It has not been common to take to the public square in crowds.”

The unprecedented groundswell of support for science represented by the march has most advocacy organizations strategizing how they can tap into the grassroots momentum. “How do we take the energy that exists around the science march and our members wanting to get involved in that and steer it toward the programmatic things that the scientific societies are doing and have been doing all along?” Corb asked.

Many marchers are new to the advocacy scene, so some organizations are crafting materials to guide science enthusiasts through the most effective means of bending politicians’ ears. The American Chemical Society (ACS), for example, is planning to revamp its website. “We are reorganizing all of our advocacy resources on our webpage so that within three weeks we’ll have relaunched an advocacy grand central, a real toolbox where you can get things and understand, ‘Why would you want to contact an elected official? How do you go about doing that?’” said Glenn Ruskin, director of external affairs and communications at ACS.

The Federation of American Societies for Experimental Biology (FASEB) released its advocacy toolkit this week, coinciding not only with the march, but the omnibus appropriations bill that Congress will vote on next week. The toolkit walks people through the basics of requesting a meeting with lawmakers or writing a letter to members of Congress.

“I think that we need to be continually reviewing our approach, our methods, and questioning what we do and finding ways to do things better” in advocating for funding, said Howard Garrison, FASEB’s director of public affairs.

Sheril Kirshenbaum, executive director of ScienceDebate—a site that presses political candidates to address scientific issues during elections—said that she’s hopeful the current enthusiasm will carry the message forward in the months and years to come. “The march is a nice show of solidarity,” she said. “But the march itself isn’t going to move the needle at all. . . . I would task all those folks that are attending, especially those from the science community, to stay engaged.”

See “Opinion: After We March”

Connecting with the White House

In addition to helping swell the ranks of science advocates, organizations such as AAAS, Research!America, FASEB, and others are working to forge a relationship with the Trump administration. But it hasn’t been easy. Almost universally, the science advocates The Scientist spoke with said that they did not currently have an in at either the White House or its Office of Science and Technology Policy (OSTP). “We wish we had better ways of communicating and better communication channels,” said Holt.

“We’ve been working on the Hill and we’ve also been trying to work through those at the agencies who still remain in place. But no, we do not have that direct connection to the administration,” Ruskin said. “And even talking to folks at some of the agencies that have been there in place, that are career civil servants, they’ve kind of indicated that they don’t have real connections to the administration as well.”

Nevertheless, the White House is aware that a march is going on, a White House official who works at the OSTP told The Scientist. If nothing else, the clamor is loud enough that the executive branch has taken notice. Whether that might effect change—and the change science supporters want to see—is anyone’s guess.

Most science advocacy organizations are retaining hope that the White House will soon communicate its awareness of issues important to the research communities they serve. “We are constantly reaching out. We are constantly offering our advice,” said Mary Sue Coleman, president of the Association of American Universities (AAU). “We are remaining positive and optimistic about this.”

“I’ve never seen the level of support for science in the media that we’ve been seeing actually all over the country, which means a lot of people are paying attention,” said Mary Woolley, president of Research!America

Coleman, who has been involved in the science policy arena for 50 years, added that there now appears to be a new sense of urgency to effectively communicate the value of research funding. “I feel like this is something that I’ve been engaged in for a very very long time,” she said. “Now it’s more important than ever for the nation.”