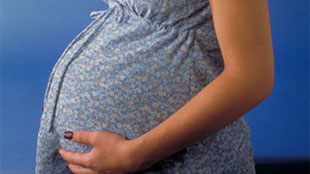 WIKIPEDIA, KEN HAMMOND (USDA)In 2008, Judy van de Water from the University of California, Davis, discovered a group of autoantibodies—those that trigger immune responses against the body’s own molecules—that are especially common in mothers of children with autism. Now, her team has identified what these antibodies bind to: six proteins involved in varied aspects of brain development. By crossing the placenta and affecting these proteins in a fetus’s brain, the maternal antibodies could increase the risk of developmental problems in some cases of autism, according to the new research, published today (July 9) in Translational Psychiatry.

“I cannot laud these authors enough,” said Andrew Zimmerman, a neurologist from the Kennedy Krieger Institute, who has also been studying maternal antibodies but was not involved in this study. “Given that, at present, only between 15 and 20 percent of children with autism have known causes—mainly genetic and infectious mechanisms—this will be a major advance.”...

Van de Water’s team, led by graduate student Dan Braunschweig, is now using their discovery to develop a test that predicts a child’s risk of developing autism spectrum disorders based on the mother’s antibodies. “It would allow mothers to plan,” said van de Water, by enrolling their children in educational programs that promote social skills from an early age.

The antibody hypothesis would only apply to a quarter of autism cases at most, but van de Water said that it is valuable for affected parents to get some clues about the biology behind their children’s condition. “It provides some answers,” she said. “They couldn’t have done anything about this—it’s not like they did anything to cause the antibodies. But as a parent, you just want to know what happened so you can move forward.”

The proteins that the team identified have a wide variety of roles. STIP1 influences the creation of new neurons, for example, while cypin affects the number of branches they have. CRMP1 and CRMP2 stop neurons from growing and determine their length. YBX1 is involved in gene transcription, as well as neural migration during development. Finally, LDH is the most mysterious of the sextet but is also the most strongly linked to autism. Earlier studies suggest that it may play a role in metabolism or in responses to viruses or toxins.

All six are highly expressed in the fetal brain. Of 246 mothers with children living with autism, 23 percent had antibodies that recognized two or more of these proteins, compared to just 1 percent of 149 mothers with normally developing children. The antibodies have more than 99 percent specificity for autism risk, which means that they have less than a 1 in a 100 chance of finding a false positive.

Meanwhile, the team’s colleagues Melissa Bauman and David Amaral, also from UC Davis, injected eight pregnant rhesus monkeys with antibodies purified from mothers with autistic children. These monkeys were more protective towards their young during their first 6 months, compared to those that were injected with antibodies from women with neuro-typical children. As the young monkeys grew up, they showed unusual social behavior: compared to typical macaques, they were more likely to approach both familiar peers and strangers, even when their advances weren’t rewarded with sustained social interactions.

“Moving this to monkeys is a big step,” said Paul Patterson, a neuroimmunologist from the California Institute of Technology, who was not involved in the work. “This very careful behavioral study shows that at least some of the antibodies do have an effect on fetal brain development.”

Betty Diamond, an immunologist at the Feinstein Institute for Medical Research, agrees the studies represent “an important step forward.” However, she noted that antibodies often bind to many possible targets, and the proteins that the team identified may not be the relevant ones. She also said that some of the alleged target proteins are found within cells, “and it is not clear how or whether the antibodies can penetrate developing neurons.”

Zimmerman added, “Much work remains to be done to show how these antibodies are relevant, how they affect fetal brain development, and what factors lead some mothers to develop these antibodies.”

The team is now working to address these issues, trying to identify the specific parts of the six proteins that the antibodies stick to, determine how they affect the developing brain, and understand how they might be used to predict autism risk. Van de Water and Amaral are consulting for Pediatric Bioscience, which is creating a predictive test based on the results.

“The next step is to come up with a therapeutic to block the antibodies—not just to pick them up, but to do something about it,” said van der Water. Although the concept of preventing autism can be controversial, she points out that her panel of antibodies seem to correlate with the most severe symptoms and language problems.

Still, she is treading cautiously. “The parents have been surprisingly supportive,” she said. “But the autism field has been fraught with false alarms, so we want to be really careful.”

Clarification (July 10): This story has been updated from its original version, which included this quote in relation to a potential test: "If it’s positive, their risk is virtually 100 percent". With a 99 percent specificity for autism risk, such a test would still return false positives for 1 percent of the non-autistic population.