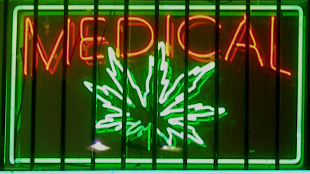 WIKIMEDIA, LAURIE AVOCADOLauren Scott has been fighting undifferentiated soft tissue sarcoma, a rare and aggressive form of cancer, for more than 3 years. After a brief period of remission, Lauren’s cancer, in recent months, spread to her lungs, where a large and inoperable tumor makes daily activity, and sometimes breathing, difficult.

When morphine could not ease her pain without causing severe nausea, Lauren turned to marijuana for relief. She is 16 years old.

Her mother, Cherri Chiodo, says medical cannabis—which for Lauren comes in the form of an oil that is especially rich in cannabidiol (CBD), the chemical that contains much of marijuana's medicinal properties, and low in THC (tetrahydrocannabinol), the psychoactive chemical that makes people “high”—is “the only thing that helps.” While the drug is primarily used to manage Lauren’s pain, Chiodo noted it also helps stimulate Lauren’s appetite and reduce the “anxiety that comes from facing...

In addition to a doctor’s stamp of approval, all permitting states require some form of parental consent for medical marijuana use in kids. Some states have additional red-tape in place, such as requiring more than one doctor to sign off on a prescription or banning dispensaries from selling edible forms of medical marijuana, such as “pot brownies” and other baked goods made with drug, which some lawmakers fear are more likely to be misused or abused by adolescents.

On June 24, however, the New Jersey Legislature passed a bill that would make it easier for minors to receive medical marijuana, a move advocates believe is signaling a larger change. “People want access to natural and safer remedies—for themselves and for their children,” said Paul Armentano, deputy of NORML, a non-profit organization that lobbies for the reform of prohibitive marijuana laws.

The New Jersey bill was inspired by Vivian Wilson, a 2-year old with a rare and severe form of epilepsy, whose seizures have been drastically reduced through medical marijuana use. If Governor Chris Christie signs the bill into law, it would reduce the number of doctor approvals that minors need for access to just one, the same as the requirement for adults. In addition, ingestible forms of medical marijuana, such as lozenges, would become available, making it easier for children to take the drug.

Until then, an anonymous grower provides Lauren with a free supply of her cannabis oil. Each day, Lauren takes up to a gram of the oil that her mother funnels into capsules or adds to her food.

But with limited safety and efficacy data on medical marijuana use in adults, never mind in children, there are still big questions in the medical community about if and when to prescribe the drug. Some doctors, however, swear by its use. Dustin Sulak, an osteopathic general practitioner in Falmouth, Maine, uses medical marijuana to treat children who have cancer or other serious conditions, including seizure disorders, autism, and post-traumatic stress disorder, when conventional treatments have failed. “We put all the options on the table and evaluate the risk/benefit ratio of each,” said Sulak. “[Medical marijuana] often emerges as a good choice because of its tolerability and efficacy.”

Gregory Carter, a professor at the University of Washington School of Medicine and a clinician specializing in neuromuscular diseases, has also recommended medical marijuana for children with severe neurological disorders, such as cerebral palsy and childhood muscular dystrophy, and has seen “mostly positive” results.

Sulak and Carter say they have prescribed the drug not only for symptom relief, but also for its potential therapeutic effect. Cannabinoids, a chemical compound found in the cannabis plant, have been shown to stimulate the body’s endocannabinoid system, an important physiological system involved in the regulation of appetite, pain-sensation, and mood. Cannabinoids have also been shown to directly inhibit tumor growth and metastases in vitro and in animal tumor models, suggesting the endocannabinoid system may hold promise as a therapeutic target in cancer. Of course, because marijuana has not been put through the U.S. Food and Drug Administration approval process, very few reliable studies demonstrate its efficacy—none of them in children.

Furthermore, marijuana is illegal at the federal level and some doctors say it should not be used by adults, let alone children. The American Academy of Pediatrics, for one, has raised questions surrounding the uncertainty of medical marijuana’s effects on children’s still-developing brains and nervous systems.

Unfortunately, the dearth of data on marijuana’s safety and effectiveness is not likely to grow anytime soon. The federal government classifies marijuana as a Schedule I drug, which means it cannot be easily studied in humans for medical value.

But advocates of the drug argue that it must be compared on a case-by-case basis with the other available options, which in many cases “are much more toxic,” says Sulak. Like marijuana, most of the alternatives currently given to children with cancer, such morphine and oxycontin, and powerful antipsychotic drugs that are used in long-term treatment of childhood mental illnesses have not been studied for either safety or efficacy in children. In fact, fewer than half of all drugs routinely used to treat children have been studied in pediatric trials.

And anecdotally, at least, marijuana appears to be relatively safe and well-tolerated by children. “The nice things about cannabis is that the negative side effects are much less than most other drugs given to children,” Sulak said. Carter agreed: “I do feel, under almost any circumstance, that medial marijuana is safer than opioids.”

“If you look at the numbers, you can see this is not a situation where suddenly you will have thousands upon thousands or even hundreds upon hundreds of children using marijuana,” said Armentano. “It should be available to the small number of children who do need it.” 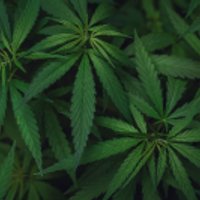 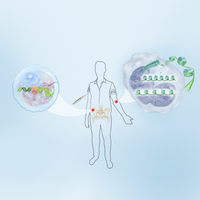