Wild-type laboratory mice possess a functional second thymus located in the neck, according to a report in this week's Science Express. The finding may influence interpretations of previous studies of the immune system in mice thought to possess no thymus, according to the senior author.Because experiments have revealed T cell development in mice whose thymus has been removed, some researchers have suggested that T cells may develop in the skin or the gut, Hans-Reimer Rodewald of the University of Ulm in Germany told The Scientist. "Some of this that was considered extra-thymic T cell development may have taken place in the second thymus."Fish and birds possess cervical thymi, Rodewald said, and a cervical thymus has been reported in human fetuses, but its presence in humans after birth is rare and usually associated with pathology. In 1962, a group reported tissue resembling a thymus in mouse neck, Rodewald said,...
Dan LittmanThe Scientist The ScientistMphillips@the-scientist.comThe Scientisthttp://www.the-scientist.com/article/display/19570/Sciencehttp://www.sciencexpress.orgJournal of Experimental MedicinePM_ID: 8145034The Scientisthttp://www.the-scientist.com/article/display/13735/http://www.uni-ulm.de/klinik/immunologie/findex.htmInternational Journal of Pediatric OtorhinolaryngologyPM_ID: 9596373http://saturn.med.nyu.edu/research/mp/littmanlab/
Related Articles 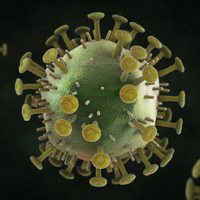