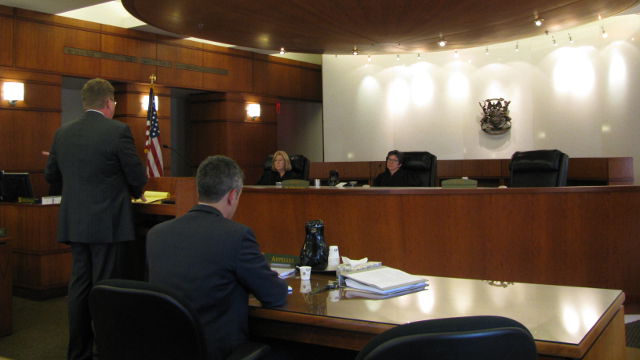 In litigation that has dragged on for almost two years and so far involved hundreds of pages of legal documents, the lawyer representing Fazlul Sarkar, a pathologist formerly of Wayne State University in Detroit, has sought to unmask the identities of anonymous commenters on the post-publication peer review platform PubPeer, who he claims defamed Sarkar by pointing out alleged image irregularities in papers Sarkar coauthored. A Wayne County Circuit Court March 2015 ordered PubPeer...

See “What to Do About ‘Clare Francis’”

This latest face-off between the parties’ attorneys—which took place in a Detroit courtroom half filled with lawyers arguing unrelated cases—will eventually result in an opinion from the appeals court judges that will either uphold or reject Roumel’s subpoena of PubPeer for the identities of the anonymous commenters who raised questions about Sarkar’s work. According to Roumel, the judges will likely deliver that opinion soon. “I think it’s going to be three to six weeks,” he told The Scientist. “I wouldn’t be surprised if it was two weeks.”

No matter the judges’ opinion, the case is likely to continue being argued through Michigan courts. “This case is important, not just for the right to anonymous speech, but for scientific discourse,” Alex Abdo, the ACLU attorney representing PubPeer, told The Scientist. “If we don’t prevail here, we’ll try to go to the Michigan Supreme Court.”

The appeals court hearing consisted mostly of a rehashing of the case facts and discussion of the court rules that govern such litigation.

Roumel restated the career damage—the rescinding of an offer of a position at the University of Mississippi being the most severe—that he argued was a result of anonymous PubPeer comments on Sarkar’s work. And he expressed his frustration in navigating the pursuit of a defamation case against anonymous defendants. “I cannot stress enough the burden that that would place on a plaintiff’s attorney to not only have a complaint drafted to the extent that we’ve done, but to have every piece of evidence done and to investigate a case where we don’t know the identity of the people behind it,” he told the judicial panel, “and to be able to present all those things as I normally would in a case to the court before I can even proceed.”

Abdo reiterated the First Amendment’s protection of anonymous speech and again claimed that the PubPeer comments in question did not constitute defamation. “When you’re talking about facts that are in the public domain, you’re stating your opinion,” he said. “And the First Amendment has always protected that right. Sometimes people disagree with the opinions of others, but we live in a free society. We don’t live in one in which the courts can be used to patrol the terms of scientific debate.”

At one point during the hearing, Abdo mentioned a Wayne State University investigation of Sarkar’s alleged misconduct that was cited in some of 18 associated retractions. Judge Elizabeth Gleicher quickly quashed talk of the investigation, as the institutional inquiry is not a part of the official record in this case. Roumel seemed miffed by Abdo’s mention of it.

As the appeals court judges draft their opinion for this round of Fazlul Sarkar vs. John Doe, several questions remain. Will Clare Francis eventually be unmasked? Will the identities of anonymous commenters in general be subject to discovery if other researchers feel they are defamed?

In an email to The Scientist, Clare Francis expressed no concern that his/her identity would be revealed. If Sarkar’s attorney is granted access to his/her identity, Francis said he/she would simply “point out that he [Sarkar] is a fraudster, as evidenced by 18 retractions.”

Because of the nature of these types of legal proceedings, these questions will not be answered by the opinion submitted in this specific case, but it’ll help the attorneys representing both parties determine their next steps. “It’s a long journey,” Roumel told The Scientist. “If they win, then all they win is that they’ve quashed the subpoena, which means I can’t subpoena people from PubPeer. That doesn’t dismiss the case. But the practical effect would be that I would end up dismissing.”

At stake is the protection of anonymous post-publication peer review. “It’s extremely important that scientists feel as comfortable as possible participating in this conversation and giving their assessment of published research so that we can change the way that science is communicated,” Stell told The Scientist.