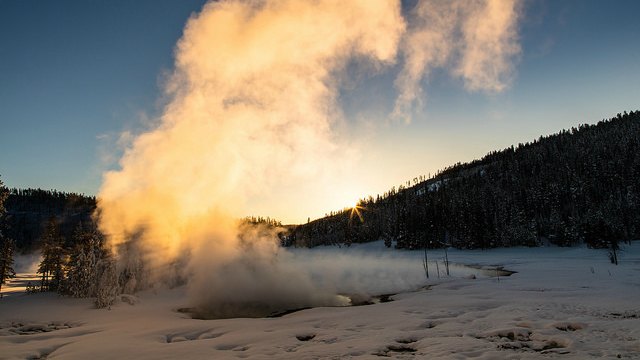 Bijah Spring, Yellowstone National ParkFLICKR, NPS / JACOB W. FRANKScientists searching for undiscovered microbial species have historically had a choice of two DNA-based techniques. The first is shotgun metagenomics, where researchers extract and sequence the DNA from an environmental sample that contains many community members. This technique can yield information about the species present in a community and their relative abundance, but works best for samples without too much diversity and doesn’t always reveal rare microbes.

The second option is single-cell sequencing, which has the advantage of providing full microbial genomes, but it can be labor-intensive and expensive.

Now, researchers have combined aspects of both strategies to develop a microfluidics-based mini-metagenomic method, which allows single-cell sequencing of many small groups of cells at once. The scientists described their work last week (July 7) in eLife.

The project arose from the desire to do large-scale, single-cell genome...

Quake, postdoctoral fellow Brian Yu, and colleagues first added a mixture of cells from an environmental sample to a commercially available microfluidic chip, where the cells were separated into 96 sub-samples of five to 10 cells each. They then lysed the cells and amplified their genomic DNA. Keeping these first three steps on the same microfluidic circuit has been shown in previous work to reduce contamination. Plus, using the small volumes that microfluidics allows is associated with less amplification bias.

Next, the researchers collected the DNA from the chip, generated libraries, and sequenced them. They assembled and sorted contiguous reads into groups based on the sub-samples in which they occurred, and used statistical methods to sort the reads into clusters likely to belong to the same genomes.

The authors tested the method first on a mock community with known members, which demonstrated that mini-metagenomics covered the known genomes at least as well as microfluidic single-cell techniques, with the added benefit of lower sequencing costs. Then, they used mini-metagenomics to analyze samples from two hot springs in Yellowstone National Park. Their method was more sensitive than shotgun metagenomics to low abundance microbes, and using it, the researchers identified 29 new genomes. 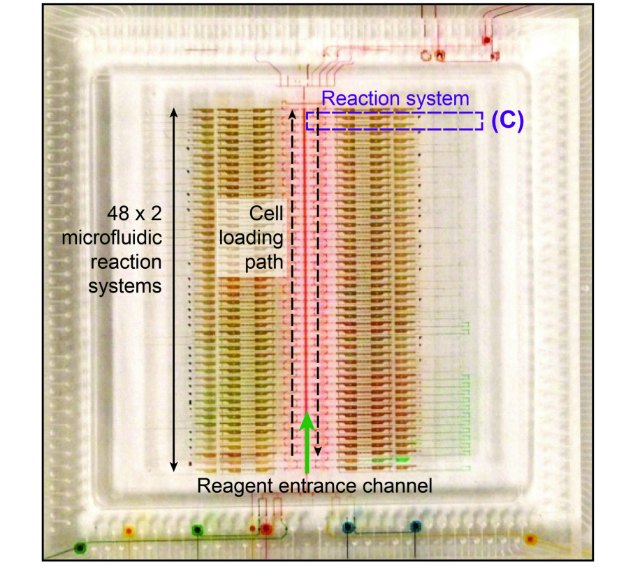 “This method really gives us two knobs that we can tune to adapt to environments of different complexity,” says Yu. “The two knobs are the number of cells that we can put in each chamber on average and the number of chambers . . . Based on the perceived complexity of the sample, we can increase or decrease that average number of cells per chamber and sequence more chambers or fewer chambers, depending upon how comprehensively we want to look at the environmental sample.”

One possible disadvantage of the method is the need to treat the samples harshly, Natalia Ivanova, a computational biologist at the Lawrence Berkeley National Laboratory in California who did not participate in the work. She explains that freezing and thawing, ethanol treatment, and vortexing could all disrupt associations that microbes have with each other, which could mean that aspects of community dynamics may be missed. Nevertheless, “it is a great technique for studying precious samples where you have very little biomass,” Ivanova says.

“As you move into more complex environments, where the diversity of the bacteria is much higher than Yellowstone’s hot springs, you might have several species that are really similar,” says Adina Howe, an engineer at Iowa State University who was not involved in the study. She explains that resolving species in the environment that may appear to be the same, but play different roles, is a challenge that is not specific to the applications of this technique, but one that must be considered when investigating more complicated samples in general.

Quake’s group is already at work on using the method on more complex samples, such as microbial communities from soil and from deep sea sediments, as well as more samples from Yellowstone hot springs. Microfluidics-based mini-metagenomics “provides a way to understand true diversity by really rigorously looking at the co-occurrence patterns between the replicate samples,” Quake says. “It’s very revealing about the structure of the communities.”