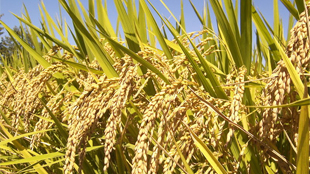 Rice plantsWIKPEDIA, IRRI IMAGESTwo samples of bacteria that were mislabeled several years ago have led to the retraction of two papers, including a highly-cited one published in Science.

In 2009, a team of scientists from the University of California, Davis, led by plant geneticist Pamela Ronald, identified a bacterial molecule that is recognized by the immune system of rice plants. It was the culmination of the lab’s longstanding quest to understand how this vital crop thwarts infections, and the paper has since been cited 131 times.

But when new lab members could not repeat the earlier results, the team discovered that one of the previous experiments had been done with mislabeled bacterial strains, while another had used an unreliable test. Ronald announced the problems to others in the field at conferences, and has now retracted the paper.

“There was never any question, even from the people who...

The most common causes of scientific retractions are  misconduct or fraud, discovered through the actions of whistleblowers or watchful peers. It is rarer to see labs discover and own up to their own honest errors. “Too often, scientists, their institutions, and journals find ways to sweep painful reality under the rug, or make half-hearted attempts to correct the literature,”  says Ivan Oransky, a journalist who monitors scientific retractions through his blog Retraction Watch. “For a researcher to go out of her way to publicize her mistakes is unfortunately very unusual. Some scientists worry that retractions lead to a mistrust of science, but when handled appropriately the way Ronald’s have been, they only boost public confidence in research.”

In 1995, Ronald’s team showed that a receptor protein called XA21 allows rice plants to resist a devastating disease-causing bacterium called Xanthomonas oryzae. Many similar proteins were later discovered in humans, mice and other animals. Known as pattern recognition receptors (PRRs), their hallmark is the ability to recognise molecules found in a wide range of bacteria and trigger an immune reaction.

Nearly 15 years later, the team revealed that XA21 recognizes a bacterial protein called Ax21—the key to its lock. In a critical experiment, they showed that a mutant strain of X.oryzae, which lacked the gene for Ax21, can successfully infect rice leaves. Without this bacterial identity badge, XA21 could not mount an immune response. “The discovery made a lot of sense to us, and it seemed to fit everything that we and others had shown before,” said Ronald, whose results were published in 2009 in Science. “It was a very exciting time.”

The first hint of trouble came in June 2012. As is traditional for Ronald’s lab, a couple of new members tried to repeat the earlier experiments. But time and again, they failed. The new experiments repeatedly showed that rice plants could still resist X. oryzae strains that lacked Ax21.

“It’s tricky to work with rice, and they thought they were getting the experiments wrong,” said Ronald. But they eventually found that the 2 of the 12 original mutant strains had been mislabeled. Rather than Ax21, they were missing a different protein called RaxSt. “As far as we can figure out, it was just a mix-up,” said Ronald. “One team member gave it to another, and the one who did the experiment didn’t double-check. We should’ve caught it sooner.”

The revelation means that the molecule that XA21 recognizes is still a mystery. Ronald thinks that the mislabeled strains slipped past rice defenses because RaxSt modifies the unknown molecule, so that XA21 can recognize it. “We still don’t know what it is, and we’re trying to find it,” said Ronald. “It’s back to the drawing board.”

To make matters worse, the team found that another key result—that a synthetic version of Ax21 could trigger an immune response in rice—depended on an unreliable test, and could also not be consistently repeated.

Although Ronald feels that other aspects of the paper are still valid, she did not want the mistakes to waylay other labs while her team repeated the other experiments. She announced the problems at a plant immunity conference last April, and contacted Science to retract the paper. “I wanted to be sure that we got the word out early,” she said. The mislabeled strain was also used in experiments in a second paper, which was published in 2011 in PLOS ONE and was also retracted last month.

“Sorting out the situation was personally and professionally painful for all involved,” Ronald wrote in a new blog post. “Former lab members who had begun new positions as professors in Korea and Thailand were devastated to learn that [we] could not repeat their work. Junior scientists in the laboratory worried their careers would be tarnished. . . . It took persistence, courage and confidence to stick together as a team throughout this challenging year.”

The mistakes might never have been found at all if her lab did not commonly repeat old experiments, but Ronald is reticent to prescribe the same approach for other groups. “It’s just not realistic for most labs,” she told The Scientist. “Scientists move on, projects move on, there are funding issues. The bigger lesson is probably what we already know: you can’t rely on a single published report, or even more than that.”

Other scientists in the field have taken the retractions in good faith. “I feel absolutely confident that there was no intentional cheating,” said Markus Albert, a plant biologist from the University of Tubingen. Purifying and identifying the molecules that are recognized by PRRs “was, and still is, a difficult topic,” he said. “Otherwise, more of them would have been identified [by now].”

To complicate matters, at least three Chinese labs have successfully replicated Ronald’s Ax21 experiments. “I’ve talked to all the other laboratories, and they’re all confident in their results,” Ronald said. Wenxian Sun from China Agricultural University, who led one of the studies published online in Phytopathology, said that he has delayed formal publication until he can repeat the key results. The other teams did not respond to requests for comments.

“The fact that several labs have reported what might now be viewed as questionable data makes one pause,” said Sophien Kamoun, a plant biologist at the Sainsbury Laboratory. Along with the Chinese studies, he points to three other papers that are either “compromised or questionable” because they also involve Ax21: one from Ronald’s group, which found that XA21 gets cut and relocated after exposure to Ax21; one that lists Ronald as a collaborator, which found that Ax21 interacts with another immune receptor called FLS2; and a third from an independent lab, which found that some bacteria use Ax21 to communicate with each other—a similar result to Ronald’s now-retracted PLOS ONE paper.

“I truly hope to see the authors of papers that are based on Ax21 come forward to clarify their work,” Kamoun said.