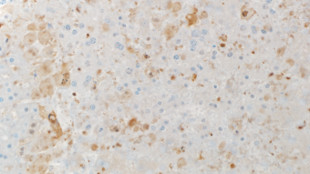 Researchers investigating host responses to Ebola have long faced a significant disadvantage: the virus kills conventional lab mice, but does not produce the hemorrhagic fever or other classical symptoms that occur in humans. The lack of a mouse disease model has hampered studies on the pathology and immunology of Ebola infections, as well as the development of treatments.

A team led by Angela Rasmussen and Michael Katze of the University of Washington and Atsushi Okumura of the US National Institutes of Health (NIH) Rocky Mountain Laboratories has tested responses to Ebola in 47 genetically diverse mouse lines, demonstrating considerable variability in disease outcomes. The results, reported today (October 30) in Science, lay the groundwork for analyses of genetic differences in susceptibility to Ebola.

The study “confirms what...

Threadgill was among the scientists who first proposed creating the mouse collection used in the study, called the Collaborative Cross (CC). The CC consists of hundreds of genotypically distinct mouse lines bred from eight original strains—five lab strains and three inbred strains originating from wild populations. While lab strains are largely derived from a single subspecies, Mus musculus domesticus, CC mice represent much of the genetic variation present in three subspecies, and have almost four times as many single-nucleotide polymorphisms as conventional lab strains.

“Other diseases . . . that have been studied in the Collaborative Cross have produced a much broader range of clinical outcomes for various diseases,” said Rasmussen. Katze and his colleagues have also used CC mouse lines to investigate the contribution of genetic differences to influenza disease severity. “We hoped that we would see something similar for Ebola, and in fact that is what happened.”

The researchers infected 47 CC mouse lines with a mouse-adapted Ebola strain in a biosafety level 4 (BSL-4) lab at the NIH’s Rocky Mountain campus. While all of the mice lost weight during the initial stages of infection, 19 percent appeared to be resistant to the virus and regained the weight within two weeks; 11 percent of the lines showed partial resistance. On the other hand, 70 percent of the mouse strains had a mortality rate higher than 50 percent. The symptoms varied among these lines, with some displaying only liver inflammation, while others also had deficient blood clotting and other hallmarks of Ebola infection.

These proportions closely mirror the different disease courses observed in human populations, and uphold previous findings that variation in disease severity is largely related to host genetic diversity and cannot be explained by changes in the virus itself.

The researchers chose two mouse lines with extremely resistant and susceptible phenotypes for further analysis. In the susceptible mice, they observed blood-clotting defects, internal hemorrhaging, enlarged spleens, and severely damaged livers; these animals all died within five to six days of infection. As in the initial experiments, the resistant mice lost about 15 percent of their body weight during the first five days, but displayed no other symptoms and recovered after 14 days.

Although viral RNA levels were similar in the livers and spleens of both mouse groups, the susceptible animals produced at least 10 times as much infectious virus, suggesting that resistance may result from the inhibition of a post-transcriptional viral process. The distribution of virus within the liver and effects on blood clotting also differed between the two mouse lines.

A comparison of gene expression patterns revealed marked differences in transcription levels of the endothelial tyrosine kinase genes Tie1 and Tek, which promote blood coagulation. In particular, Tie1 alleles vary among the eight CC founder strains, and may contribute to differences in disease outcomes.

Rasmussen, Katze, and their colleagues have only begun to analyze the gene expression data from these experiments. “One of our hopes is to find expressions of gene signatures that can be associated very definitively with one outcome or another,” said Rasmussen. “Way down the road, these types of signatures could potentially be diagnostic or prognostic tools.”

In the near term, the development of a mouse model will likely be a boon to Ebola research, which currently relies on nonhuman primates, hamsters, and guinea pigs. “Most of what we know about the immune system has its roots in a number of seminal mouse studies,” said Rasmussen. “Using a mouse is more consistent with what’s been done for other virus infections . . . and it also is just more convenient and more cost-effective for working in a highly secure environment.”