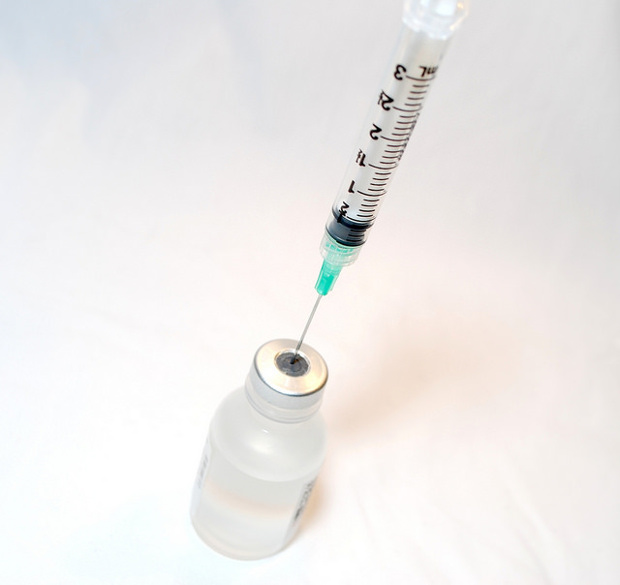 FLICKR, NIAIDGetting a seasonal flu shot can leave healthy adults with the common side effects of feeling achy or feverish. Now, researchers have identified a gene-expression pattern in circulating immune cells that could help predict which individuals are more likely to suffer these adverse effects following vaccination. This molecular signature was also correlated with a person’s chances of having autoreactive antibodies, according to the results published today (January 4) in Nature Immunology.

“Man flu,” a disparaging term for one’s exaggeration of flu-like symptoms, “is partly a joke and it’s partly real. Our study shows that there are very good reasons for people feeling unwell after a vaccination,” said study coauthor Adrian Hayday of King’s College London. “The gene signature in the peripheral blood . . . is not a smoking gun at this point, but it’s a strong association and quite compelling.”

Previous studies have identified reasons why...

To identify this unique gene-expression pattern, Hayday and his colleagues began by observing changes in the immune system in response to a vaccine against the H1N1 influenza strain that also included an adjuvant to enhance immune responses. The researchers observed 178 healthy 18- to 63-year-old participants who received the vaccine and were asked to report adverse side effects, such as muscle pains or fever, after the shot. The scientists also tested white blood cell counts and gene expression in circulating blood cells in 46 participants twice prior to and four times after the vaccination.

When they compared participants’ responses to the vaccine based on their ages, the researchers found a significant change in gene expression in study participants aged 30-40, which affected early response genes and immune regulation.

The study is “an excellent example of using systems biology for evaluating immune responsiveness,” said immunologist Stephen Turner of the University of Melbourne in Australia, who was not involved with the study. “Typically we think of aged people as over 65 or so, but these results suggest that this sort of diminished immune responsiveness to vaccines can occur earlier than we thought.”

The researchers found no links between feeling sick after the vaccine and age, gender, or the quality of an individual’s immune response. However, they found that participants who reported severe adverse reactions had a transient increase in the expression of a small group of genes one day after they received the shot. These participants also overexpressed several genes in developing B cells both before and after vaccination. Although all these individuals were healthy, approximately 25 percent of them had higher than normal levels of autoantibodies for thyroid hormones.

The work is a key first step toward identifying how and why some people suffer adverse reactions after a vaccination, according to immunologist Mark Davis of Stanford University.

“These are age-old issues in vaccinology,” said Davis, who was not involved with the work. “The importance of this paper is that we’re finally getting some molecular correlates of what might be a signature of adverse events and a potential underlying link to autoimmunity.”

Whether the molecular signature identified in this study applies to other flu vaccines remains to be determined, Davis added. “Adverse events are much more common with the vaccine that includes an adjuvant, which is why regulators in the U.S. have been reluctant to approve them even though they are clearly more effective,” he said.

Nonetheless, identifying common patterns that predict immune response could prove invaluable to developing better vaccines. “The nightmare of every vaccine developer is that their vaccine will have too many adverse events and therefore not be approved,” said Davis, citing the example of the pertussis vaccine, where a less potent vaccine replaced an older version that caused too many side effects.

To Hayday, these results are evidence that applying a similar approach to other vaccines could help identify ways to exaggerate their benefits and reduce side effects. In future work, the researchers hope to extend their methods to monitor immune responses in cancer patients receiving immunotherapy. “We’d like to see if we can understand the secrets of good strong responses versus weak ones, or those rich with adverse events,” Hayday said.