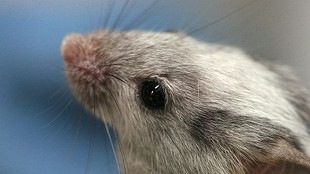 Researchers have created induced pluripotent stem cells (iPSCs) within diverse tissues of live transgenic mice, according to a paper published today (September 11) in Nature. These iPSCs found circulating in the blood of reprogrammed mice produced gene expression signatures characteristic of murine embryonic stem cells. The researchers also found that the in vivo-produced iPSCs were able to form not only all three germ layers—endoderm, ectoderm, and mesoderm—but they also contributed to the placenta-forming trophectoderm—which stem cells isolated from embryos do not generally produce.

“This is a very rich paper,” said George Daley of the Harvard Stem Cell Institute, Children’s Hospital Boston, and the Dana-Farber Cancer Institute, who authored a commentary on the study but did not participate in the research. “It’s very provocative. It raises all kinds of interesting issues.”

“The surprise was that not only the in vivo environment was permissive for reprogramming, but [also that]...

But Janet Rossant, chief of research at The Hospital for Sick Children and a professor at the University of Toronto, said she found the results preliminary, and the report is one of several showing that pluripotency can be achieved through diverse routes. “This adds to the general discussion that is out there that there are many different states of pluripotency,” she said.

Serrano and his colleagues discovered this new type of stem cell after originally obtaining transgenic mice for another purpose. The mice they used were engineered to contain the four transcription factors needed for reprogramming adult cells into iPSCs in vitro. Researchers typically use these animals to reprogram differentiated cells in the lab, extracting cells from the mice and inducing expression of the four transcription factors in vitro by applying doxycycline.

The Spanish researchers instead induced expression of all four reprogramming factors in live mice by adding doxycycline to the animals’ drinking water. They found that the transgenic mice exposed to doxycycline produced teratomas—tumors that have embryo-like features and contain cells from all three germ layers—indicating that the mouse cells were being reprogrammed to a more primitive state than expected.

They soon found that cellular reprogramming was occurring across several types of cells within the body, including blood cell progenitors found in bone marrow, stomach cells, and pancreatic cells, among others. The researchers also detected circulating iPSCs in the blood of the mice, which expressed pluripotency markers when grown in vitro. Transcriptomic analyses of the new iPSCs revealed gene expression profiles similar to those of embryonic stem cells.

Moreover, the researchers found that the in vivo-reprogrammed iPSCs could differentiate into trophoblast-like cells—extraembryonic progenitors that help form the placenta. Embryonic stem cells and iPSCs produced in vitro rarely form such supportive structures, indicating that the in vivo-reprogrammed cells were more primitive than cells isolated from embryos. Finally, the researchers injected the in vivo iPSCs into wild-type mice and were surprised to find that they generated embryo-like structures, including extraembryonic cells.

The mystery is why the in vivo-reprogrammed cells displayed such primitive features. “What’s really remarkable is we’re still learning the ways the earliest embryonic cells segregate themselves to different lineages,” said Daley. “There’s something supportive about the in vivo environment.”

Serrano expects these new cells will shed light on the basic biology of dedifferentiated cells. “I think that we are going to learn a little more about what is the basis for pluripotency and totipotency,” he said. He and his colleagues plan to further analyze the cells in hopes of fully understanding what makes them different from iPSCs produced in vitro.

Future mechanistic work will be key, Rossant noted. “We need to understand those cells and derive them directly in culture, not through this circuitous route through a mouse,” she said.

Meanwhile, researchers are beginning to contemplate the potential implications of these cells for regenerative medicine. “Nobody is going to use this in humans, obviously, but you can use the downstream findings as a sort of approximation for what one would have to do to achieve a population of human cells that could be used for organ regeneration,” said Jakub Tolar, director of the University of Minnesota Stem Cell Institute, who was not involved in the study.

Going forward, Serrano and his colleagues will attempt to generate human iPSCs within immunocompromised transgenic mice. The team seeks to understand what makes the in vivo mouse iPSCs tick, with the eventual goal of uncovering principles that could help better control the process of reprogramming cells in vitro.

Serrano was surprised that the reprogramming his group observed was so thorough. If anything, he thought the in vivo environment might repress reprogramming. “The expectation was that it would be impossible,” he said. “Within the living organism, everything is promoting differentiation, not the opposite.”