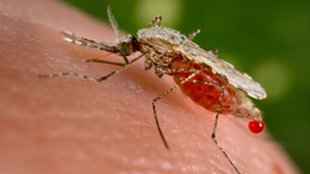 Anopheles stephensiWIKIMEDIA, CDCTwo papers published today (November 27) in Science announce the completion and preliminary analyses of the genomic sequences of 16 species of mosquitoes, including those that are vectors for the malaria parasite. The sequences, which are around 200 million base pairs each, reveal that mosquitoes are rapidly evolving, exhibiting high degrees of gene gains, losses, shuffling, and even transmission between closely related species.

“Both papers provide really powerful information on the evolution of different malaria mosquito species,” wrote James Logan of the London School of Hygiene and Tropical Medicine in an e-mail to The Scientist. “Comparisons between the [species] are likely to reveal the reason why some mosquitoes are better at transmitting malaria than others, [which is] vital for the future control of malaria,” he added.

Each year, there are hundreds of millions of cases of malaria globally that cause hundreds of thousands of deaths. In 2002, as part...

“Having one genome is a great start, but it’s not enough,” said Nora Besansky, the malaria vector researcher at the University of Notre Dame, Indiana, who led the latest sequencing effort. There are about 450 species of Anopheles mosquitoes and roughly 60 of them transmit malaria, but they are not all closely related, Besansky explained. Therefore, she said, “if our interest is in trying to control malaria by targeting the mosquito itself in some way, we need to understand what they [the malaria mosquitoes] all have in common.”

Ten years ago, Besansky and colleagues came up with a proposal to sequence what was then “a jaw-dropping eight species” of mosquito, she said. But over the last decade that number doubled as the team collected wild species donated by scientists around the globe as well as stock species kept at the Malaria Research and Reference Reagent Resource in Virginia.

The now complete 16 sequences “represent a huge amount of work and effort by a massive collection of individuals,” said Hilary Ranson, a medical entomologist at the Liverpool School of Tropical Medicine. “And the utility of the [data] will be vast.”

For one thing, “It will help extend malaria vector research out of Africa,” said mosquito researcher Steven Sinkins of Lancaster University. “The main burden of malaria transmission is in Africa, but there are also very important malaria vectors in Southeast Asia and South America,” he said. Even within Africa there are more than one vector species, he added, so sequencing these extra genomes was “very important.”

The 16 species represent 100 million years of evolution; preliminary computational comparisons of their genomes revealed “very rapid evolution,” said Besansky. “It is quite remarkable, the fast rate of structural rearrangements of chromosomes,” she added. And so is the rate of “births and deaths of gene families,” she said, which is apparently occurring five times faster than in fruit flies.

In the second paper, Besansky and colleagues examined A. gambiae and its closest relatives, representing approximately 2 million years of evolution. The group includes a further two important malaria vector species, but also “species that have no role in malaria transmission whatsoever,” said Besansky. From these data the team worked out the branching order of the species on the evolutionary tree. “The surprising finding was that the [malaria vectors] are on very distant branches,” said Besansky. Another surprise was the extent of introgression—or the swapping of genes via interspecies mating. The inference, Besansky said, is that it may not be common ancestry that relates malarial vectors but rather the exchange of genes. Introgression is yet “another means of rapid evolution,” she said, “and in this case, you don’t even have to wait for a new mutation to come along.”

Toward the goal of malaria control, these genomes are “only a starting point,” said Ranson, but as the genes for different traits in different species are discovered “they may help us narrow down and prioritize options for control strategies in different regions.”