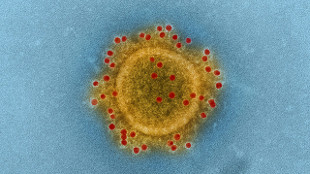 South Korean officials today announced the end of the country’s recent Middle East respiratory syndrome coronavirus (MERS-CoV) outbreak, but scientists studying the virus and others like it expect more outbreaks to follow.

“We think there will be other coronaviruses in the future that will be important and will need to be dealt with,” said Barney Graham, deputy director of the Vaccine Research Center at the National Institute of Allergy and Infectious Diseases (NIAID). In a paper published today (July 28) in Nature Communications, Graham and his colleagues described the antibody response to a vaccine candidate based on the MERS-CoV spike glycoprotein in mice, and characterized several murine virus-neutralizing monoclonal antibodies. The report follows on another study, published yesterday (July 27) in PNAS, in which researchers from the Institute for Research in Biomedicine (IRB) in Bellinzona, Switzerland, and their colleagues described a MERS-neutralizing monoclonal antibody...

Graham and his colleagues initiated their study as soon as the MERS-CoV was first sequenced in 2012. “The only thing we had was the sequence of the spike glycoprotein,” he said. But that was enough. Because the spike glycoprotein is required for viral entry into cells, “it’s the obvious target for antibody-mediated protection for a vaccine,” Graham said.

The NIAID-led study was not the first report of MERS vaccine candidates and monoclonal antibodies that target the spike glycoprotein. The study is unique, however, in that some of the antibodies elicited target regions of the spike protein outside the area that binds mammalian cells, called the receptor binding domain.

The human monoclonal antibody described in the IRB-led study also targets the spike glycoprotein. Study coauthor Antonio Lanzavecchia, an IRB immunologist, said his group generated the antibodies using methods it developed to rapidly produce antibodies against SARS using B cells from convalescent patients more than 10 years ago. The technology has now been licensed to the Swiss biotech company Humabs Biomed.

Unlike previously described monoclonal antibodies, the ones generated by Lanzavecchia’s group are derived the B cells of a MERS patient. Public Health England connected Lanzavecchia’s team with the donor, who was treated for MERS-CoV infection in London. Within four months, Lanzavecchia’s group had characterized the neutralizing antibodies made by the patient’s B cells and put the genes encoding those antibodies into cell lines that could produce large quantities of antibody. “That was proof of concept [that] you can do these things quickly,” he said.

Graham said his study is also meant to demonstrate a comprehensive approach to quickly designing therapeutics for emerging infectious diseases, even in cases where there are no pathogen-specific tools or reagents. “A lot of this can be done in six to eight months,” he said.

Developing animal models for viruses like MERS-CoV, however, has taken much longer. Mice are not susceptible to the coronavirus and rhesus macaques display fewer clinical symptoms after infection than do humans. To overcome this, Lanzavecchia’s group tested its monoclonal antibody in a mouse model that expresses the human protein CD26, which MERS-CoV binds in order to enter cells.

To measure vaccine efficacy in macaques, Graham and his colleagues assessed CT scans of the animals’ lungs. “It’s relevant to what you’d see clinically,” Graham said. Still, the animals didn’t show symptoms of infections quite like humans do. Going forward, he said, the team plans to test the spike protein vaccine in camels, to determine whether it can protect a known viral reservoir, and to see if immunizing camels might be a viable approach to controlling transmission.

Graham said the NIAID is still considering how to proceed with testing their vaccine candidate and monoclonal antibodies in humans.

“Technically, it’s quite easy to develop neutralizing antibodies. The question is how to move on from this point,” said Bart Haagmans, a virologist at the Erasmus Medical Center in Rotterdam, the Netherlands. Haagmans added that few commercial parties have shown interest in developing treatments like these. Although one MERS vaccine recently entered Phase 1 trials, scientists who study coronaviruses agree that there is a lack of financial interest in and government support for moving emerging infectious disease therapies into human studies. In a recent commentary in NEJM, researchers in the U.S. and U.K. called for a global fund to help get such vaccines and treatments off the ground.

“You have to get support from either a company or a foundation to push [vaccines or monoclonal antibodies] into clinical studies,” explained Shibo Jiang, an immunologist at the New York Blood Center. Even if a candidate passes Phase 1, he said, a scarcity of cases can stall further testing; this happened to researchers working to develop therapies for SARS.

Lanzavecchia said his institution doesn’t plan to move the monoclonal antibody his team developed into Phase 1 trials. “We hope that some agencies will take over this project and support the clinical development of the antibody,” he said.