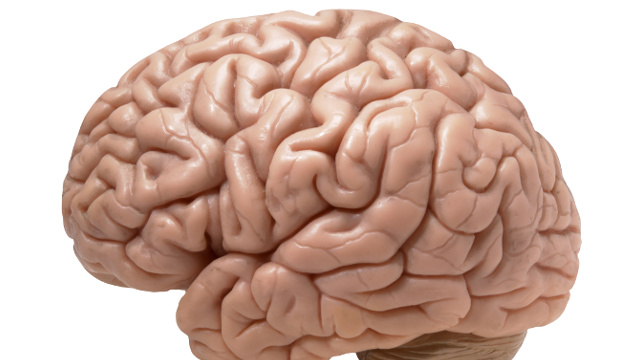 FLICKR, _DJ_The human cerebral cortex experiences a burst of growth late in fetal development thanks to the expansion and migration of progenitor cells that ultimately form excitatory neurons. For a fully functional brain, in addition to excitatory neurons, inhibitory ones (called interneurons) are also necessary. Yet scientists have not been able to account for the increase in inhibitory neurons that occurs after birth. Now, in a paper published today (October 6) in Science, researchers from the University of California, San Francisco (UCSF), have shown that there is a reserve of young neurons that continue to migrate and integrate into the frontal lobes of infants.

“It was thought previously that addition of new neurons to the human cortex [mostly] happens only during fetal development. This new study shows that young neurons continue to migrate on a large scale into the cerebral cortex of infants,” Benedikt Berninger, who studies...

Aside from the migration of neurons into the olfactory bulb in infants, “this is the first time anyone has been able to catch neurons in the act of moving into the cortex,” said New York University neuroscientist Gord Fishell who penned an accompanying editorial but was not involved in the work. “We kept expecting these interneurons to be new cells but, in fact, they are immature ones hanging around and taking the long road from the bottom of the brain to the cortex.”

Most mammalian brain development studies are done on rodents, yet there are marked differences in the development and dynamics of the human fetal and postnatal brain. To examine whether the previously identified pool of embryonic neurons within the subventricular zone (SVZ) of the lateral ventricles—a source of neural stem cells—contributes to the growth of the frontal lobe in infants, UCSF neuroscientists Arturo Alvarez-Buylla, Eric Huang, and their colleagues analyzed postmortem brain tissue of infants between one day and seven months of age as well as neural tissue of older children.

Using immunohistochemical staining and high-resolution magnetic resonance imaging (MRI) on intact specimens, the team identified a pool of cells around the front of the forebrain ventricles that were associated with blood vessels and trailed out in an arc shape into the adjacent frontal cortex. These cells expressed markers of young inhibitory neurons and had the morphology of migrating cells.

To confirm that these cells were indeed migrating from the SVZ, the researchers infected postmortem neonatal brain samples that were just hours after death with green fluorescent protein (GFP)-expressing adenovirus, and captured their movement into the frontal cortex using time-lapse confocal microscopy. Because the researchers did not find evidence of cell division, they concluded that these cells had formed before birth.

“The fact that these cells can traverse such complicated territory and travel what are incredibly long distances—up to four centimeters—to get to where they need to go and contribute to circuitry well after birth is really astonishing,” said Alvarez-Buylla.

The migratory cells decreased with increasing age, with very few cells detected by 7 months and none by age 6. The researchers also found that the number and subtypes of interneurons increased between birth and 5 months within a region of the cortex adjacent to the migration path of the newly born cells, suggesting that these migratory cells populate the cortex in infancy with various types of interneurons.

“The surprise is that the prenatal movement of neurons continues postnatally to accommodate such a big territory in the frontal lobe which is important for cognitive and emotional development and executive function,” Huang told The Scientist. “The human brain developed this clever mechanism to prolong the migration.”

To Berninger’s mind, the work highlights the power of observational research. The researchers “did not use particularly novel methods but rather followed their own lead that migration patterns in human infants differs markedly from those in other mammals, digging deeper than anybody else had before . . . to uncover this new picture of neuron migration in the human brain,” he wrote.

For Fishell, the work implies that while these young neurons stop migrating by 7 months, they may provide a reserve of immature neurons in the brain for building new circuits throughout childhood and even into adolescence, when the cortex goes through major developmental changes.

Alvarez-Buylla agreed. “Even after the cells get to their final location in the cortex, it may take months or years for them to fully mature which might coincide with key features of plasticity in human brain development,” he noted.

“In one swoop, this study provides a new substrate neuronal population in which developmental, evolutionary, and functional changes may occur,” wrote neuroscientist Nenad Sestan of Yale University who was not involved in the work in an email to The Scientist. “And the timing of the appearance of these neurons suggests either their migration or their integration into neural networks, or both, may be regulated by external stimuli and/or experience.”

The team would next like to better understand the embryonic origin of migratory cells within the fetal brain, how these cells are guided from the SVZ through the cortex, and how the migration and maturation of these neurons may be perturbed in neuropsychiatric disorders.