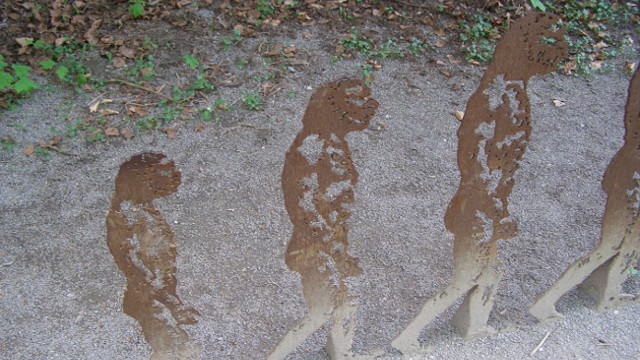 FLICKR, ERICH FERDINANDThe human genome is peppered with the DNA of extinct hominins—Neanderthals and Denisovans—as a result of interbreeding with early Homo sapiens. According to some reports, the Neanderthal and Denisovan DNA retained at specific loci, such as immune system-related genes, likely conferred adaptive advantages against infectious microorganisms. In a study published last month (November 29) in Genome Biology, researchers provide strong evidence that the Neanderthal DNA present at one such locus within the modern human genome is likely the result of positive selection.

The study authors also suggest that this Neanderthal haplotype is not unique to Neanderthals. Rather, interbreeding reintroduced the beneficial genetic variant present in early African humans that had been lost during the out-of-Africa migration and population bottleneck.

“This is an important study contributing to a growing body of work that combines population and functional genomic analyses to learn about archaic alleles,”...

“This study and previous work suggests that acquiring Neanderthal and Denisovan sequences provided access to alleles that were better adapted to the novel selective pressures our ancestors experienced as they migrated Out of Africa into new geographic regions,” Joshua Akey, an evolutionary and computational biologist at the University of Washington, who was also not involved in the work, wrote in an email to The Scientist.

Luis Barreiro of the Université de Montréal and his colleagues focused on the oligoadenylate synthetase (OAS) locus, which consists of three genes—OAS1, OAS2, and OAS3—that encode enzymes involved in the innate immune response against viruses. “These are among the core genes that are important to stop viral replication,” Barreiro told The Scientist.

The locus is one of the first identified as a region that was introgressed from Neanderthals and is frequently found in individuals of European descent. Although others had suspected that these genes underwent positive selection, prior studies did not provide strong enough evidence because the statistical power of the standard test for neutrality or positive selection of the locus was too low, noted study author Aaron Sams, who was a postdoctoral fellow at Cornell University when he conducted this work.

To better test for positive selection, Barreiro and his colleagues relied on two different statistical simulations, comparing data on the history of human populations to sequencing data from living human populations as well as a relatively new dataset of 230 ancient Eurasian individuals. All of the analyses showed a high probability that natural selection had a hand in keeping the locus in modern human genomes through interbreeding with Neanderthals outside of Africa.

“Often, in genome-wide simulation studies, we use uniform recombination rates for simplicity, rather than consider the local recombination rates in specific parts of the genome. Not considering the local context of OAS could, in part, explain why previous studies have disagreed about whether Neandertal OAS genes were under positive selection in the human population,” Sams explained.

“Demonstrating adaptive introgression is very challenging, and I was happy to see multiple lines of evidence based on different evolutionary simulations and statistics,” Tony Capra, who studies evolutionary genomics at Vanderbilt University and who was also not involved in the work, wrote in an email to The Scientist.

The Neanderthal allele results in a splice variant of the OAS1 gene, which produces a smaller protein that, researchers previously showed in human cells, produces higher enzymatic activity than other variants of the gene.

In the current study, Barreiro’s group demonstrated in two different immune cell types derived from human blood samples that the Neanderthal haplotype influences the expression of the OAS genes depending on the cell type and the infectious agent used to stimulate the immune cells. When either macrophages or peripheral blood mononuclear cells from individuals harboring the Neanderthal DNA at the OAS locus were challenged with either Salmonella typhimurium or one of several live viruses, the microbe activated the OAS genes to a different extent than in immune cells derived from individuals that did not harbor the Neanderthal allele.

“This paper contributes to the evidence provided by several recent studies that regions of our genome involving our bodies’ interaction with the environment, such as the immune system, are the most likely targets of adaptive introgression,” wrote Capra. “It is likely that Neanderthals were better adapted to the pathogens present in non-African environments than anatomically modern humans that had newly moved into these regions.

A further comparison of OAS sequences among human populations revealed that this OAS Neanderthal allele is found in about 60 percent of individuals in Africa. However, outside of Africa, it is only found in individuals that harbor the Neanderthal haplotype. Based on this evidence, “we think that this allele was lost during the out-of-Africa migration and that the Neanderthal haplotype resurrected this allele after the bottleneck following the human migration out of Africa,” said Barreiro.

“An important point raised by this study is that instances of archaic adaptation are being missed by existing approaches that are not sensitive to the features of these alleles,” wrote Sankararaman.

The results also highlight the need to better understand the types of pathogens that were present in the environments where introgression likely took place, noted Capra, but acknowledged that this would be challenging to accomplish.

“It’s clear that our interactions with archaic hominins contributed to phenotypic diversity and disease susceptibility in present day humans, but we still have a lot to learn about the molecular mechanisms that Neanderthal sequence variation acts through,” added Akey.

Correction (December 30): In paragraph 13, we incorrectly attributed the quotes to Joshua Akey, but they were written by Tony Capra. The Scientist regrets the error.