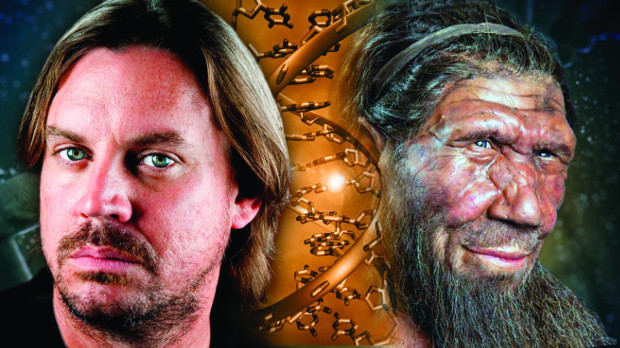 MICHAEL SMELTZER, VANDERBILT UNIVERSITYPeople of Eurasian origin are, genetically speaking, between 1 percent and 4 percent Neanderthal, and new research shows how this archaic DNA in their genomes may be impacting their health. The study, published today (February 11) in Science, utilized the electronic medical records and associated DNA data of more than 28,000 individuals to show that Neanderthal DNA had small but significant effects on the risks of developing—among other things—depression, skin lesions, and excessive blood clotting.

“They’ve looked at huge databases of medical records to see if there are traits that correlate with the presence of particular genes from Neanderthals and have found a number of them,” said anthropologist John Hawks of the University of Wisconsin who was not involved in the study. “The take-away is that these genes that we have from these ancient people have effects on our phenotypes, and that’s pretty cool. They are...

Sequencing of Neanderthal genomes isolated from fragments of bones has revealed that modern humans contain remnants of Neanderthal DNA—a result of interbreeding between the two subspecies. But while certain loci in human genomes have been found to contain an abundance of Neanderthal alleles, it has been unclear whether these alleles have actual functional effects on human traits and, if so, what those are.

Evolutionary and computational geneticist John Capra of Vanderbilt University in Nashville, Tennessee, and colleagues devised an ingenious way to investigate such functional effects on a genome-wide scale. “We realized that we had a great opportunity to answer these questions using large databases of anonymized versions of patient electronic health records linked to their genetic information,” Capra said in a statement.

“A number of previous studies have focused on individual genes,” said evolutionary geneticist Rasmus Neilsen of the University of California, Berkeley, who did not participate in the research. “But this is the first study that really systematically goes through and uses the knowledge we have about genetic variations in humans to answer the question: How much has integration of DNA from Neanderthals affected observable traits in humans?”

Within Neanderthal DNA found in humans, the researchers focused on the most common variants—single nucleotide polymorphisms (SNPs)—and asked, individually and en masse, whether  these variants were associated with any of the medical traits listed for the 28,000 patients.

Investigating the SNPs en masse through a genome-wide complex trait analysis (GCTA), the researchers discovered associations with depression, mood disorders, and a particular type of skin lesion caused by sun exposure. Investigating individual SNPs, on the other hand, the researchers picked out associations tied to tobacco use, urinary problems, and blood hypercoagulation.

Why have such apparently detrimental gene variants been maintained in the human genome? It is important to realize, said Hawks, that “when you look at people’s medical records, you don’t see the good stuff.”

Hawks also noted that “the [observed] associations are really, really small,” meaning that while the links between Neanderthal alleles and certain medical traits were statistically significant, they only represented a tiny percentage of the risk—1 percent to 2 percent in the case of depression, for example.

Further, “many genetic variants, regardless of evolutionary origin and temporal context, are beneficial in some respects but detrimental in others,” Capra added in the statement. For example, while hypercoagulation may increase a person’s thrombosis risk , coagulation is an early innate immune response that protects against injury and infection. As Neanderthals colonized new territories and were exposed to new pathogens, having a souped-up version of this response may therefore have been a favorable defense mechanism.

Capra’s team carried out further experiments to look at whether Neanderthal alleles were associated with classes of traits rather than individual ones, finding neurological and psychiatric traits were both over-represented.

Together with the findings that depression, mood disorders and tobacco use were individually associated with Neanderthal SNPs, this suggested to the researchers that the brains of modern humans have been particularly influenced by Neanderthal DNA. And this might overturn notions of Neanderthals as not-so-bright, said Hawks. “If you had the hypothesis that Neanderthals [died out] because they were stupid,” he said, “you have to explain why their genes are here doing stuff in our brains.”