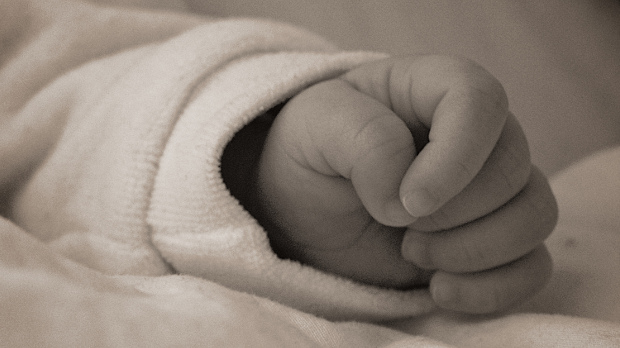 FLICKR, YVES MERCKXAbnormal gut microbiota communities present in some 1-month-old children promote inflammation that results in an almost threefold increased risk of developing allergies by age 2, according to a study published today (September 12) in Nature Medicine. More of these kids—who had lower levels of four commensal gut bacteria groups and higher relative levels of two types of fungi—developed signs of asthma by age 4. Further experiments implicated gut microbiota-associated metabolites in stimulating immune cell dysfunction that leads to an increased risk for developing allergies and asthma.

“While some of this information has been seen in animal models, this is really one of the first and best human studies that fills in many of the gaps of how you get from microbiota problems to immune dysfunction to non-communicable diseases like asthma,” said Rodney Dietert, professor of immunotoxicology at Cornell University in Ithaca, New York, who was...

“This is a well done study [providing a strong correlation] between the early microbiome, both bacterial and fungal, and T cell development,” said microbiologist Brett Finlay of the University of British Columbia, in Canada, who was part of a 2015 study that linked gut bacteria to asthma risk but was not involved in the current study. “It re-emphasizes the importance of early life microbiota and correct immune development.”

The gut microbiota influences the developing immune system and susceptibility to allergies. To further interrogate this relationship, epidemiologist Christine Johnson of the Henry Ford Health System in Detroit, Michigan, Susan Lynch of the University of California, San Francisco (UCSF), and their colleagues analyzed stool samples from 130 babies around their 1-month birthday and from 168 infants around 6 months of age, as well as health information including the children’s responses to 10 food and aeroallergens at 2 years. All children included were part of the Wayne County Health, Environment, Allergy and Asthma Longitudinal Study (WHEALS), a prospective birth cohort.

The team profiled the diversity and relative abundance of both bacterial and fungal species present in each child’s stool sample and identified three compositionally distinct neonatal gut microbiota states. The team then used allergy test results at 2 years of age to categorize the children as allergy-prone kids who are sensitive to multiple allergens (children sensitive to all 10 allergens had a sixfold higher risk of developing asthma, the team previously showed), and those sensitive to only one or none of the allergens. Infants with a neonatal microbiota state characterized by lower levels of common gut bacteria—specifically, Bifidobacteria, Lactobacillus, Faecalibacterium, and Akkermansia, and higher levels of some fungi including Candida tended to be allergy prone at age 2. Four of the allergy-prone children were diagnosed with asthma by age 4, aligning with recent results from a different group who showed that loss of the same four bacteria types in the gut at 3 months of age predicted signs of asthma by 1 year.

“We were then interested in whether these different gut microbiota states produce distinct metabolites that may skew immune function,” Lynch told The Scientist. The researchers showed that the children with the allergy and asthma-linked gut microbiota state also had a distinct metabolite profile that lacked anti-inflammatory fatty acids and breast milk–derived oligosaccharides that were found in children who possessed the two lower-risk gut microbiota states. When the team mixed immune cells from healthy adult donors in sterile solutions containing the metabolites from the allergy and asthma–linked samples mixed, the cell cultures gained more inflammation-promoting T helper 2 cells, which are associated with allergies. The metabolites also reduced the percentage of T regulatory cells previously shown to suppress allergic responses.

The researchers identified a specific lipid, called 12,13-DiHOME, that was enriched in the high-risk neonate samples. This lipid alone was sufficient to suppress “the group of T-cells necessary to prevent allergic response,” explained Lynch. “That for me is incredibly exciting as it suggests that microbial-associated metabolites in the neonatal gut may represent an important driver of early-life immune cell phenotypes associated with disease development in childhood.”

“This experiment is a really great contribution as it identifies the likely mediators that can cause immune dysfunction,” said Dietert.

The researchers are continuing to follow the children on study, including evaluating their lung function at age 11 when a definitive asthma diagnosis is possible. “Age 4 is still a dicey time to diagnose asthma,” Johnson explained. “There can be symptoms that don’t necessarily result in actual asthma several years later.”

The team also plans to conduct a similar study with another cohort, taking into account environmental factors that could influence the development of the gut microbiota.  Some factors, including breast-feeding, time since conception, and mode of delivery, have already been shown to influence the colonization by commensal microbes in the gut after birth.

“What we have now are correlations,” said Finlay. “What we need next is to further understand the mechanisms by which the microbiota affects immune development.”