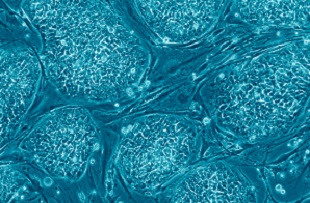 Stem cells derived from the skin of an 86-year-old man show a surprising capacity to survive and form long axons at the site of a spinal cord injury in rats. The results, published today (August 7) in Neuron, suggest that even induced pluripotent stem cells (iPSCs) reprogrammed from aging human cells have an intrinsic ability to overcome inhibitory factors to form neurons and extend axons.

A rat neuronal stem cell (NSC) line had previously shown similar potential for regrowth: a 2012 study from the same research group demonstrated that rat NSCs could form axons that travelled great distances within rodent brains and spines, and restore movement to limbs after a spinal cord injury.

“Both studies are very provocative in terms of the amount of axon growth observed,” said neuroscientist Philip Horner of the University of Washington, who studies axonal regeneration but...

Mark Tuszynski and Paul Lu of the University of California, San Diego, sought to circumvent this need for immunosuppression by using iPSCs, which can be derived from a patient’s own skin and, eventually, autotransplanted. The researchers began by transducing dermal fibroblasts from a healthy subject with retroviral vectors to induce stem cell formation. NSCs derived from this process were implanted in a fibrin matrix infused with a cocktail of growth factors. These human iPSC-turned-NSCs were then grafted into rats two weeks after a spinal cord injury.

Three months after the stem cell transplant, axons derived from these early neurons were seen extending out of the lesion over long distances, reaching the brain and olfactory bulb, and the distal lumbar spine. The axons “essentially extended the entire length of the adult rat neuraxis,” the authors wrote in their paper. The NSC axons seen in this study were twice as long and approximately 41 percent more abundant than the axons derived from rat neural progenitor cells in the researchers’ previous work. “It’s a remarkable phenomenon that raises many basic neurobiological questions, [such as] whether we can try and modify adult injured neurons to behave similarly,” said Tuszynski.

The results hint at a cellular phenotype that can overcome factors that inhibit cellular regrowth in spinal cord injury. “The question, to me, is to dial in and begin to understand what that neuronal phenotype is, and what those cells express,” said Horner. “Then we might be able to take components of that and engineer [better] transplants.”

Unlike rat-derived axons, the human axons the researchers observed in the present study were not myelinated. Despite their proliferation in rats, these neurons did not improve limb movements impaired by the spinal cord injury. Tuszynski suggested several possible explanations for the lack of functional recovery beyond the lack of myelination, including cellular immaturity and the complexity of the movement that was tested.

The experiments “show very robust engraftment and excellent axonal growth,” said neurobiologist Brian Cummings of the University of California, Irvine, who was not involved in the work. However, he added, “some of those pathways may be abnormal, so these cells may be surviving too well.”

The researchers also observed the human iPSC-turned-NSCs spreading near the site of the graft, a sign of overgrowth. Although the spread did not cause abnormal symptoms, the researchers’ previous work demonstrated that rat NSCs formed ectopic masses of cells—or teratomas—in vivo, which had the potential to damage brain structures. “Before we can think about translation, there are several things we need to consider,” said Tuszynski. “For example, how stable these connections are, whether we can guide these axons, and that no teratomas are formed.”

“It’s a very interesting and exciting first step,” said Cummings. “But they still need to figure out how to get iPS cells to cause functional recovery, and also how to control [cell] growth.”