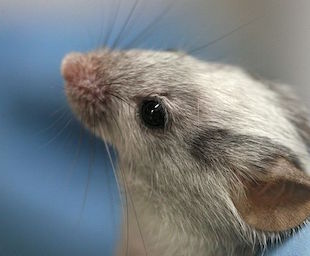 Scientists have made significant progress toward understanding how individual memories are formed, but less is known about how multiple memories interact. Researchers from the Hospital for Sick Children in Toronto and colleagues studied how memories are encoded in the amygdalas of mice. Memories formed within six hours of each other activate the same population of neurons, whereas distinct sets of brain cells encode memories formed farther apart, in a process whereby neurons compete with their neighbors, according to the team’s study, published today (July 21) in Science.

“Some memories naturally go together,” study coauthor Sheena Josselyn of the Hospital for Sick Children told The Scientist. For example, you may remember walking down the aisle at your wedding ceremony and, later, your friend having a bit too much to drink at the reception. “We’re wondering about how these memories become linked in your mind,” Josselyn said.

Josselyn and colleagues wondered whether two memories that are formed close together in time activated the same or distinct engrams. They trained mice to associate a specific sound with a foot shock and, later, another sound with a foot shock. When presented with the sounds alone, the animals would freeze, a sign that they had formed fear memories. The mice were then sacrificed, and their brains were removed for further study. The researchers measured the expression of two genes, arc and homer1a (h1a), using fluorescent in situ hybridization. These genes label neurons that were active in the previous five minutes and 30 to 40 minutes, respectively.

When the researchers “extinguished” an animal’s second memory by presenting the sound in the absence of a foot shock, the mouse no longer froze when it heard that sound. But it also froze less in response to hearing the first sound if the memories had been formed within six hours of each other, suggesting the two memories had become linked.

Next, Josselyn’s team manipulated the excitability of the neurons in the animals’ amygdalas using optogenetics. The researchers infected neurons in the animals’ lateral amygdalas with a herpes virus that caused the cells to express channel rhodopsin. By shining blue or red light on these neurons, the team could excite or inhibit them, respectively. The researchers attempted to artificially link two memories formed 24 hours apart by increasing the excitability of the same population of neurons before both memories were formed. When they then inhibited these cells, both memories were impaired, indicating a successful linkage.

Next the researchers tried to separate two memories formed close together in time by exciting neurons before the first memory was formed, and inhibiting excitability before the formation of the second. But they found that suppressing the neurons involved in the first memory also disrupted the second memory. The researchers found similar results by increasing or decreasing the expression of CREB.

Finally, the researchers manipulated the excitability of interneurons in the lateral amygdala, showing that neurons that successfully make it into an engram do so by outcompeting their neighbors. These neurons also temporarily suppress other cells from being allocated to another memory, in a winner-takes-all competition.

“This is an impressive study showing compelling evidence for a linkage between memories encoded in the lateral amygdala about similar threatening events that occur close in time,” neuroscientist Joseph LeDoux of New York University, who was not involved in the study, wrote in an email to The Scientist.

In May, researchers from the University of California, Los Angeles (UCLA), reported similar results in the hippocampi of mice. There was greater overlap between neurons in this area that encoded memories formed within the same day, compared with ones formed a week apart, the group showed.

“Our two papers carried out studies in two different brain regions [hippocampus and amygdala], and with very different tools, but we found very similar results as to how memories are connected across time,” UCLA’s Alcino Silva, a coauthor on the May study who has previously collaborated with Josselyn, wrote in an email to The Scientist. “The fact that two very different brain regions share this same mechanism points to the universality of this mechanisms,” Silva added.

It makes sense that the brain would link together memories that are formed close together, Josselyn noted. The process could also explain what goes awry in conditions like schizophrenia, in which the brain abnormally links thoughts and memories.

“But before we go on to treat memory disorders, we really need to understand the basics,” she said.