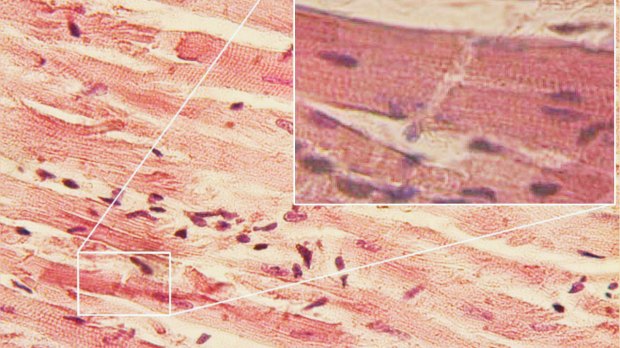 WIKIPEDIA, DR. S. GIROD, ANTON BECKERA protein called growth differentiation factor 11 (GDF11) has been at the center of a tug of war: some scientists have provided evidence that it declines with age, and that returning GDF11 to youthful levels can fix a heart problem in mice. Yet others have found no such relationship, and one group published evidence this year that GDF11 actually increases with age.

To figure out why there have been discrepancies in the data, Richard Lee of Harvard Medical School and his colleagues—the team that found GDF11 dropped with age—scrutinized a conflicting study and found the likely explanation to be a case of mistaken identity. Rather than measuring levels of GDF11, Lee’s group found, the other researchers were likely measuring immunoglobulin light chain. “It’s a misinterpretation,” Lee told The Scientist.

Novartis Research Institutes, which led the study that found GDF11 levels rising with...

This week (October 21), the Harvard group showed in Circulation Research that an antibody against GDF11 used in Western blot analyses also recognizes immunoglobulin, and that eliminating immunoglobulin from the assay wipes out the band. Mass spectra of the band also indicated that the signal came from immunoglobulin.

Steven Houser of Temple University School of Medicine, who was not involved in either study, says Lee’s data in support of a misinterpretation by Novartis are strong. “It looks like the Novartis group misidentified a band as GDF11,” he said. But he added that questions about GDF11’s effects on the heart are still unresolved.

Last month, Houser’s team reported evidence conflicting with Lee’s data on cardiac hypertrophy, or thickening of the heart muscle. Lee’s team had found that giving older mice a boost in GDF11 levels fixed their cardiac hypertrophy. Houser’s group, on the other hand, found no effect.

“They think the dose was higher than they realized. That’s troubling, to be honest,” Hauser told The Scientist. “If they knew the dose to be reported was not the right dose, there are ways to inform the field.”

Lee agreed there is still much to be learned about GDF11, and this latest study does not put questions about its activity to bed. “I think a lot of this is, early on in the field the reagents aren’t perfect, the assays aren’t perfect, so people get results that look like they’re opposing each other. . . . We need better assays, we need more science, we really just need to do more work.”