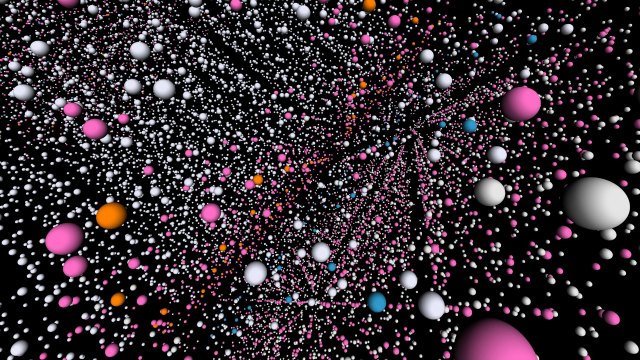 ISTOCK, SHUNYUFANChemical probes—small molecules used to manipulate protein function—are often not as selective or effective as the researchers using them might hope. Now, a resource called Probe Miner aims to give scientists a heads up if their choice is no good, and offer better options. In a study published today (December 14) in Cell Chemical Biology, researchers from the Institute of Cancer Research (ICR) in London describe the tool, which evaluates millions of chemical probes based on publicly available data and returns a list ranking the probes in order of effectiveness against a target.

“Getting all the data together is a monumental task, but now it’s in very simple visual form,” says Michael Walters, a medicinal chemist at the University of Minnesota who was not involved in the study. “This portal should allow people to be more efficient and effective in their research because it really...

Poor reagents are a major contributor to the estimated $28 billion spent each year in the U.S. on research that can’t be replicated. “There is widespread misuse of chemical tools,” says coauthor Paul Workman, who works in drug discovery at the ICR. Biologists often use poor quality compounds or select a chemical probe that interacts with many proteins of a certain type, such as a kinase, rather than just the target of interest, he adds.

And these bad habits are self-reinforcing, coauthor and ICR data scientist Bissan Al-Lazikani tells The Scientist. “People will select a probe because they do a PubMed search, and it’s the top cited one. And they publish, and it becomes an exponential contamination,” she says.

We can cover 10 times more targets than the experts can because it’s data-driven and automatic and objective.—Bissan Al-Lazikani,
Institute of Cancer Research

Al-Lazikani, Workman, and colleagues began with the underlying data within a resource they previously created called canSAR, which curates information about what is known about a protein’s presence, interactions, and activity across disease states and cell types from the scientific literature and public databases in order to aid drug discovery for cancer. They developed a computer algorithm that uses the canSAR data to assess nearly 2 million compounds for their appropriateness as chemical probes for human protein targets.

Based on established minimal levels that the compounds needed to meet in terms of their ability to get into cells, their selectivity against predicted targets, and their potency, the authors found that chemical probes that meet all the criteria are available for only about 1 percent of human proteins, when researchers have predicted that between 20 percent and 40 percent of proteins should be druggable.

Al-Lazikani’s group incorporated the data and algorithm into the Probe Miner resource, where anyone can receive a ranked list of suggested probes for a particular target.

Probe Miner “is a great idea, and the world needs way more people thinking about this,” says University of Toronto biochemist Aled Edwards, who did not participate in the work. He cautions that Probe Miner’s lists of data might be difficult to interpret unless complemented by expert opinion.

Indeed, the authors recommend that researchers use Probe Miner in conjunction with the Chemical Probes Portal, a nonprofit, web-based resource curated by volunteer chemical biology experts, where researchers can search for an appropriate chemical probe for their intended target. Edwards and Workman both serve on the board of directors of the Portal.

“The Chemical Probes Portal is absolutely brilliant because you get the different experts giving you their own reservations about a particular probe, but the throughput is limited,” says Al-Lazikani. With Probe Miner, “we can cover 10 times more targets than the experts can because it’s data-driven and automatic and objective,” she adds. To combine the benefits of both resources, the researchers integrated links to the Chemical Probes Portal within Probe Miner.

Al-Lazikani, Workman, and colleagues already have updates planned for Probe Miner, such as integrating the newest release of the canSAR resource within the coming weeks. But now, they are most concerned with making sure the right people know that the tool is available online for anyone to use.

“What we’ve tried to do is empower biologists to make good decisions in areas that they’re not naturally comfortable with,” says Workman. “Getting [Probe Miner] used by biologists is probably even more important right now than making it even better, which we’ll do anyway.”