In addition to the Top 10 new species chosen by the International Institute for Species Exploration this year (which included a penicillium fungus, a large dragon tree, and a new carnivorous mammal), dozens of other organisms were recognized by science for the first time this year. These discoveries proffer a welcome break from stories of threatened populations and impending extinctions. Here’s a selection of notable new species identified in 2014: 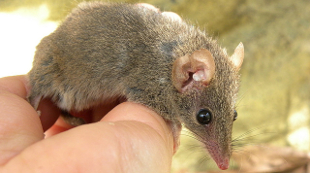 An antechinusFLICKR, ALAN COUCHAlthough there are always one or two newly discovered mammals that capture the public’s attention each year, 2014 seems to stand out with several new species of saki monkeys, three new species of marsupials, four new species of gopher-like rodents, and a tiny elephant shrew. “It’s a very exciting time to be a mammalogist,” the Queensland University of Technology’s Andrew Baker, who led the research that identified the three marsupials, told The...

One of the three new marsupial species, the black-tailed antechinus (Antechinus arktos), had formerly been confused with a mainland form of the dusky antechinus (A. swainsonii mimetes), but mitochondrial DNA sequencing confirmed that A. arktos is, in fact, a distinct species. A similar story yielded the discovery of 16 distinct saki monkey species, including five that had never before been observed. The tiny species of elephant shrew, also called a round-eared sengi, was discovered in Africa’s Namib Desert and earned the title of the smallest member of the order Macroscelidea. In July, a team led by Scott Gardner of the University of Nebraska-Lincoln described four new species of burrowing rodents called tuco-tucos from the Andes mountains in South America.

A whale of a find 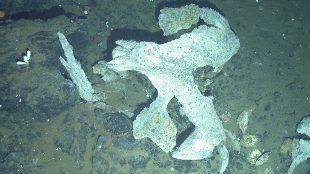 ROV ISIS, CHESSO CONSORTIUMA new species of crustacean was found this year on, of all places, the bones of a dead minke whale at the bottom of the ocean near Antarctica. British researchers uncovered the new organisms with the help of a remotely operated vehicle (ROV), which revealed via a live video feed tiny animals resembling lice dotting the bare bones of the long-dead whale. The bones “were absolutely covered in these little critters—there were 500 to 6,000 specimens per square meter,” British Antarctic Survey researcher Katrin Linse said in an April statement. The team used the ROV’s robotic arm to collect some of the bones for further study, and subsequent genetic testing confirmed that these less than 4-millimeter-long critters did, in fact, constitute a new species of isopod, now dubbed Jaera tyleri.

“You could never hope to find a whale fall on purpose—it would be like looking for a needle in a haystack,” Linse said. “It gave us a rare opportunity to look at the ecology of these unique habitats, and which sorts of species settle on them.” 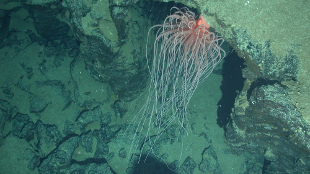 ©NERC CHESSO PROJECTOne of the world’s largest sea anemones, with tentacles measuring more than 2 meters long, isn’t an anemone at all. Instead, researchers discovered this year, it belongs to an order unto itself. First discovered in 2006 in the deep Pacific Ocean, new DNA analysis revealed that Boloceroides daphneae does not fit with other anemones on the tree of life. This prompted a renaming—the species is now called Relicanthus daphneae—and a regrouping, with the organism now falling into an entirely new order within the subclass Hexacorallia.

“The discovery of this new order of Cnidaria—a phylum that includes jellyfish, corals, sea anemones and their relatives—is the equivalent to finding the first member of a group like primates or rodents,” Estefanía Rodríguez, an assistant curator in the American Museum of Natural History, said in a May statement. “This amazing finding tells us that we have so much more to learn and discover in the ocean.”

Meanwhile, a bit farther south, another team of scientists has discovered a new species of true anemone living on the ice of Antarctica’s Ross Ice Shelf, making the organisms the first reported ice-dwelling anemones. The researchers found thousands of these small animals (dubbed Edwardsiella andrillae) covering the underside of the ice shelf, with their tentacles projecting down into the frigid waters of the Antarctic Ocean. The discovery was “total serendipity,” said the University of Nebraska-Lincoln’s Frank Rack. “When we looked up at the bottom of the ice shelf, there they were.” 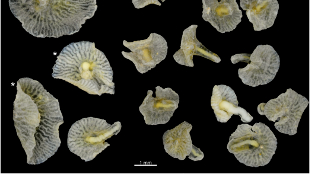 PLOS ONE, JORGEN OLESENThey may look like mushrooms, but these bizarre creatures are actually more like sea sponges, with their dense, non-living, jelly-like substance (called mesoglea). Originally discovered on a 1986 research cruise, some 1,000 meters down in the Bass Strait between Southern Australia and Tasmania, in September these mesogleal animals earned their own designation as two new species. What’s more, researchers decided these two species warranted categorization in an entirely new family, called Dendrogrammatidae.