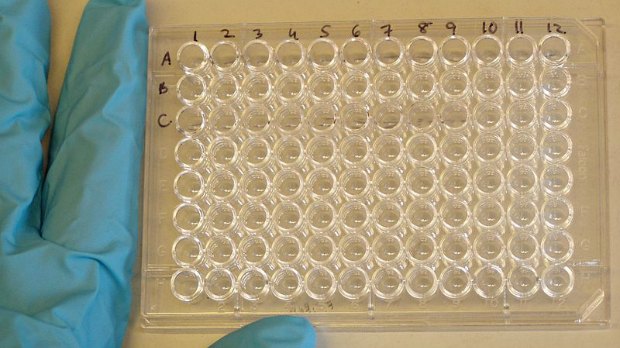 WIKIMEDIA, JEFFREY M. VINOCURAs reports of Zika virus infections continue to spread through the Americas, countless questions loom. Chief among them is about the relationship between infection during pregnancy and microcephaly in babies, which has been difficult to pin down given the limitations of current diagnostics. A number of researchers are working at breakneck speed to develop immunological reagents and assays that could confirm whether a person has had a Zika infection.

“We’re trying to do the best we can to give some answers to the clinicians relatively soon,” said Nikos Vasilakis, who is developing Zika tests at the University of Texas Medical Branch in Galveston.

Currently, the standard assay for Zika viral infection is a PCR test that probes for the presence of viral RNA in a sample. While it works well to detect the virus, the pathogen’s RNA is only around for a short period of...

What clinicians and epidemiologists would really like is to be able to determine whether a baby was exposed to Zika in utero months earlier. In this situation, scientists at the US Centers for Disease Control and Prevention (CDC) can perform what’s called a plaque-reduction neutralization test, which can pick up on past infections. Essentially, a patient’s serum is mixed with the virus, and technicians watch over several days to see whether the virus can infect a cell culture—if it cannot, the virus has been neutralized by antibodies in the serum, indicating a person had been exposed to Zika. The trouble, explained Ann Powers, chief of the alphavirus laboratory at CDC’s Division of Vector-Borne Diseases, is that “you have to have live virus and appropriate safety conditions,” meaning few labs are able to do the test.

More user-friendly serologic tests, which measure the presence of antibodies against a particular pathogen, would be a better alternative, but in the case of Zika it’s been difficult to tell which flavivirus a person has encountered—whether dengue, Zika, or another. “And the problem is, where Zika is occurring is the same place dengue is occurring,” said immunobiologist Mike Diamond of Washington University in St. Louis.

Vasilakis is in the process of validating an enzyme-linked immunosorbent assay (ELISA) that could pick up on immunoglobulin M (IgM) antibodies—which can persist in serum for several weeks after an infection—against Zika. Although it may cross-react to some degree with other infections, a higher concentration of Zika-specific antibodies could indicate a recent Zika infection, Vasilakis said.

Vasilakis said he expects results in the next few weeks, concurrent with results from Diamond’s group, which is developing monoclonal antibodies against Zika. These could be used in combination with an ELISA to detect a past viral infection. “We are still very early in the process. We just generated them this month,” Diamond told The Scientist. “But preliminary results suggest [that several of] our antibodies recognize Zika, specifically.”

If Diamond’s antibodies are confirmed to be specific to Zika, they will still need to be packaged into a diagnostic assay, for which proper antigens are needed. “Those tests are still way off,” he said—“probably months.”

In the meantime, several commercial outfits are selling serologic Zika tests. For instance, San Diego–based MyBioSource sells an IgM ELISA to test for Zika. Biocan Diagnostics, based in Canada, is selling a finger-prick assay that can detect IgM and IgG antibodies (which are elevated even longer after an infection than IgM antibodies) against Zika and give results in five to 10 minutes. “It can be used in field settings or mobile clinics, and doesn’t need any special equipment,” said Bhavjit Jauhar, the vice president of sales and development for Biocan. He said his firm’s screening test is 99 percent specific, with no cross-reactivity with dengue or chikungunya. (The antigens detected are the Zika envelope protein and NS1 protein.)

Diamond said he was not familiar with either commercial product. Biocan has not published the validation data yet, but Juahar said his company has tested the assay in the lab and the field and submitted the product to regulatory authorities in Brazil for registration. “We’ve been working on Zika virus for last few years because we did suspect an outbreak to happen,” he told The Scientist. “We were fortunate to develop the test at the right time.”