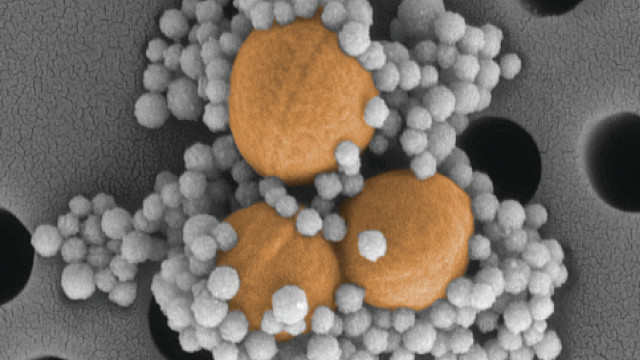 The technique: A microfluidic device filled with magnetic nanometer-sized beads that bind a plethora of pathogens and toxins was able to clear these invaders from the blood of rats with sepsis, improving their outcomes, according to a paper published today (September 14) in Nature Medicine. The design of the extracorporeal device was inspired by the small vessels and sinusoids within the spleen, through which blood “trickles slowly, almost like in a wetlands, efficiently capturing pathogens” said lead study author Donald Ingber, a professor at Harvard Medical School and founding director of the Wyss Institute in Boston.

The device has two interconnected channels, one for the flowing blood and another containing a saline solution that traps and removes the pathogens. Magnetic nanobeads coated with a genetically engineered version of the mannose binding lectin (MBL) protein—which has a...

“It’s really an impressive demonstration of sophisticated bioengineering. The combination of the bio-artificial spleen and the engineered MBL protein is really elegant,” said Mitchell Fink, a surgeon and professor at the University of California, Los Angeles, who is working to develop new approaches to treat sepsis but was not involved in the present study.

The significance: Extracorporeal blood cleansing is not a novel concept for treating sepsis, said Fink. An antibiotic-coated column called Toraymyxin that is approved in Japan and Europe—currently in a Phase 3 clinical trial in the U.S.—can remove endotoxins from the blood and has been shown to improve outcomes for sepsis patients.

Other dialysis-like devices have been developed to mitigate the symptoms of sepsis, and these have included hemofiltration of the inflammatory molecules that are the root of the so-called cytokine storm that spurs organ damage in sepsis patients. But previous approaches did not target the cause of the storm—pathogens.

What’s new: The naturally occurring MBL protein—a type of opsonin known for its ability to recognize and bind carbohydrate chains found on the surfaces of a wide range of pathogens including fungi, bacteria, viruses, and parasites, as well as multiple toxins— stimulates blood coagulation and activates other components of the immune system. Ingber’s team used genetic engineering to create an MBL version that binds only pathogens, attaching the protein to magnetic nanobeads. A magnetic field is applied to the device to pull the beads from the flowing blood and into the second saline-filled channel before the cleansed blood flows back into the animal.

The researchers first demonstrated the ability of the device to filter out about 90 percent of yeast, gram-negative and -positive bacteria—including four types of methicillin-resistant bacteria from blood samples spiked with these pathogens in vitro. They then hooked the device up to the jugular veins of rats with sepsis. The cleansing was able to rid the rats’ blood of about 90 percent to 99 percent of the pathogens and toxins within a few hours.

“We found that we removed both live and dead bugs, which is important because the dead ones are still a major source of toxins,” said Ingber. The team also showed that removing the pathogens quenched the release of inflammatory cytokines.

“Some already available blood-cleansing technologies have negative side effects like depletion of platelets, white blood cells, or other proteins along with the deleterious elements,” said Adam Higgins, an associate professor of bioengineering at Oregon State University. “What I like a lot about this approach is that it appears safe and there is no blood coagulation or altering of the blood composition—that is really important.”

Needs improvement: The researchers are now exploring different formulations of the system to simply the design to advance the technology, moving it first to larger animal validation studies. For now, filtering the five liters of blood in humans would require the use of five to 10 devices in tandem.

“I think this approach could be used for non-bacterial infections such as treatment of patients infected with the Ebola virus,” said Fink. “We know that with an Ebola infection, the viral load is a big determinant of outcome and this could facilitate its removal.”

Ingber and colleagues now intend to explore just that—removal of viruses such as HIV and Ebola; MBL has been shown to bind both.

Fink cautioned that bacterial resistance is a theoretical possibility. “Using this device will remove bacteria that sticks best to MBL, which might select for bacteria that don’t stick well to MBL,” he said. “To underestimate the bacteria would be a mistake.”