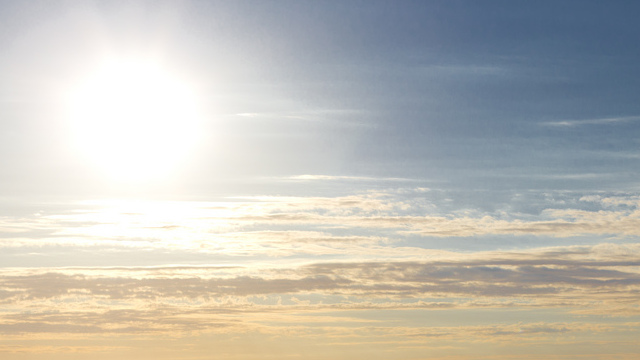 The device:  A new kind of sunblock that encases an ultraviolet (UV) light filter—the active ingredient of most chemical sunscreens—in a sticky polymer nanoparticle is effective and prevents potentially harmful chemicals from being absorbed into the body, according to a study published today (September 28) in Nature Materials. Mark Saltzman, a professor of biomedical engineering at Yale University and his colleagues have shown that the large skin-adhesive nanoparticles they developed stayed on the surface of skin in mice while commercial sunscreens penetrated into deeper skin layers. The new sunblock formulation also stayed on the skin of mice for days, even after water exposure.

“This is a new type of material,” said Robert Langer, a chemical engineer at MIT who was not involved in the study. “The novelty is the high adherence to the skin that works very well in the models [the authors]...

The significance: Most sunscreens on the market contain either inorganic filters—such as zinc dioxide—or organic ones—like padimate O and avobenzone. Both micronized inorganic filters and organic ones are chemical sunscreens that effectively absorb UVA and UVB light before it penetrates the skin, but, there are concerns “regarding their potential to act as allergens, to release oxidative species after UV exposure, and to partially bind to hormone receptors,” study coauthor Michael Girardi, a Yale dermatologist and researcher, told The Scientist in an email. When these UV filters absorb potentially harmful light, reactive oxygen species (ROS) form that have the potential to mutate DNA and cause other types of cellular damage. “Almost all of the organic sunblock molecules are not chemicals we want penetrating into the skin, or into the bloodstream,” Girardi wrote.

While the benefit of using sunscreens that absorb harmful UV rays and help prevent DNA damage is thought to outweigh the potential risks, the team sought to make a safer form of sun protection. “Our idea was to encapsulate the UV filter inside a polymer nanoparticle in a stable way so that the UV filter stays inside the nanoparticle core,” Saltzman explained.

What’s new: The researchers converted hydroxyl groups to aldehyde on the hyper-branched polyglycerol coating of nanoparticles, which gave the hydrophilic coating a strong bioadhesive property. They then enclosed the UV filter padimate O within them. The coating reacts to proteins on the surface of the outer skin layer, making it stick. The particles can be either wiped off with a wet towel or are naturally sloughed off from mouse skin after about five days—the natural time it takes for skin cells to turn over.

When tested on mice, 20-fold less padimate O was needed in the nanoparticle formulation for the same UV protection compared to standard lotion sunscreen. ROS-induced DNA damage in the skin after UV irradiation was also reduced compared to conventional sunscreens, the researchers reported.

“The UV filters seem to be more effective within the nanoparticles which may be because [the authors] developed a really strong adhesive coating to the skin,” said Miriam Rafailovich, a materials engineering professor at Stony Brook University in New York.

“There are good and not-so-good sunscreens in terms of their potential skin penetration, sensitization, and effectiveness,” Michael Roberts, a professor of therapeutics and pharmaceutical science at the University of South Australia who was not involved in the research, told The Scientist in an email. “This methodology could improve the safety of some sunscreens, especially in prolonging their retention and minimizing ROS formation.”

Needs improvement: Thus far, the nanoparticle-based sunblock has been found to stay on the surface of mouse skin, and was not even detected within the crevices of hair follicles. But what happens if the product is applied to broken skin has not yet been tested.

“A concern is that these particles may make it to the deeper skin layers and may get absorbed into the blood stream,” said Rafailovich. However, Saltzman said he predicts that because the nanoparticles are so adhesive, they would stick tightly to the outside of a wound but would not penetrate deeper.

There also may be other applications for the nanoparticles including as drug-delivery systems for other topical agents, said Langer.

The researchers will next test their nano sunblock in a small human study and work to combine the nanoparticles with other widely used UV filters. “This concept can also be extended to inorganic filters such as zinc oxide,” said Saltzman, noting that this might require reformulating the nanoparticles themselves.