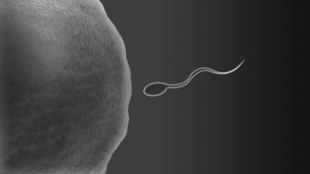 FLICKR, ZAPPYS TECHNOLOGY SOLUTIONSA team led by researchers from the University of Copenhagen discovered differences in the sperm epigenomes of lean and obese men, and in the sperm of obese men before and after bariatric surgery, according to a study published today (December 3) in Cell Metabolism. The results support the idea that fathers’ environments can be encoded in their sperm with potential downstream effects on embryos.

“There’s an emerging body of evidence that both mothers’ and fathers’ metabolic status can have major effects on germ cells, and these can have important implications for the health of the offspring,” said Mary-Elizabeth Patti, an endocrinologist and diabetes researcher at the Joslin Diabetes Center and assistant professor at Harvard Medical School. “This [study] is clearly providing one other piece of evidence to support the notion that there are differences in germ cells, in humans, as a function of paternal...

The Copenhagen research team recruited two dozen Danish men between the ages of 24 and 40 and classified them as lean (BMI 20–25) or obese (BMI > 29.7). Each volunteer provided a single ejaculate sample; the researchers scanned the sperm’s genomic DNA for methylation patterns and measured levels of small noncoding RNAs, which help regulate epigenetic changes. They discovered significantly different levels of DNA methylation between the lean and obese volunteers in more than 9,000 genes. Of these, 274 had been previously implicated in appetite control.

“We could have expected that it would be genes related to metabolism or adipose tissue that would be important,” said study coauthor Romain Barrès from the University of Copenhagen. “To find genes related to brain function was really unexpected.”

Barrès and his team also collected sperm samples from six obese men (BMI > 33.8) who were undergoing Roux-en-Y gastric bypass surgery. The researchers collected sperm samples one week before surgery, one week after surgery, and one year later. The analysis revealed 1,509 genes with altered methylation patterns one week after the procedure compared to pre-surgical methylation. At one year post-surgery, that number had increased to 3,910—though Barrès noted that the sperm epigenomes after gastric bypass surgery did not necessarily resemble those seen in the moderately obese or lean individuals in the previous cohort.

The study is a “provocative start to asking some really interesting questions,” said Tracy Bale, a neuroscientist at the University of Pennsylvania who studies stress-related epigenetics in mice. “The big picture here is fascinating. It does support the very important potential role of the environment to influence epigenetic marks in dads’ germ cells.”

Clarification (December 3, 2015): This story has been updated to correctly reflect Mary-Elizabeth Patti’s affiliation with the Joslin Diabetes Center. The Scientist regrets the oversight.