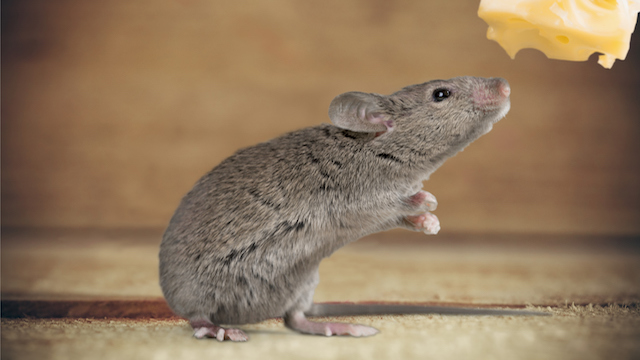 Most of us are familiar with the role of smell in our dining habits—that basket of freshly baked cookies is usually much harder to resist than a plate of odorless carrot sticks, and the taste of food is strongly tied to its aroma. But animals’ sense of smell is even more intricately linked with eating and metabolism. Prior studies have shown that, in humans, fasting enhances olfactory sensitivity, while satiety reduces it. And a new study, published today (July 5) in Cell Metabolism, suggests that, at least in mice, this link may go even further—animals engineered to lack a sense of smell gained less weight and burned more fat than their unaltered counterparts.

This difference in weight gain was almost entirely due to alterations in body fat composition. “The major thing was that [the mice lacking smell] weren’t gaining fat,” coauthor Andrew Dillin, a biology...

Dillin says his team was interested in knowing whether simply eating fattening food led to weight gain, or if it was how the olfactory system “perceived” those calories that matters.

To assess this link between olfaction and metabolism, scientists genetically engineered mice that expressed a gene for a diphtheria toxin receptor on olfactory sensory neurons. Once the animals were around seven weeks old, the researchers injected the toxin to kill off these nerve cells and found that these animals had lost their sense of smell. Control animals generated without this receptor retained all their smell neurons after receiving the toxin.

When the scientists gave a high fat diet to these mice, they discovered that the rodents that couldn't smell weighed 16 percent less than their unaltered counterparts, despite eating the same amount. They found a similar effect when they used another method to ablate the olfactory sensory neurons, an engineered virus that the animals inhaled.

The researchers also collaborated with a group at the Max Planck Institute for Metabolism Research in Germany that developed a mouse with an enhanced sense of smell. In line with the results of the other experiment, these mice showed the opposite effect—they gained more weight than control animals.

Further analysis revealed that the animals that couldn’t smell had much less white fat, and that their deposits of brown fat, the mitochondria-packed cells that burn energy, were highly activated. The researchers also found high levels of norepinephrine, a chemical associated with the fight-or-flight response, in the blood of these mice. However, the specific pathway that leads to the fat-burning effects is still unclear. “We think we know what's being secreted by the brain to turn the system on, it’s norepinephrine,” Dillin says. “But we still need to nail that down.”

“There are now multiple studies at all kinds of levels showing that the olfactory system is involved in much more than just transfer of information about odors to be used by other levels of perception and cognition,” Leslie Kay, a neurobiologist at the University of Chicago who was not involved in the study, writes in an email to The Scientist. “What’s exciting is the direct linkage they were able to make between odor sensing ability and the mechanisms for storage of energy in different kinds of fat and the metabolic changes that lead to more or less fat in the body.”

Steven Munger, the director of the University of Florida Center for Smell and Taste who also did not participate in the work, points out in an email to The Scientist that while the effects on metabolism are clear, the habituation and exploration test that the authors used to assess olfactory function is limited. Munger explains that this assessment, which involves finding a buried item with an odor, depends on the sense of smell, but could also be influenced by changes in other processes, such as memory, motor skills, and motivation.

“I think the bigger question with the study is whether the [changes in metabolism and weight gain] they see are really linked to the inability to detect and perceive odors, as opposed to a dysfunction in the olfactory epithelium, say, the absence of a secreted signal,” Munger adds. “I think the causative link between smelling and the metabolic/obesity phenotype is not quite there.”

Whether these results translate to humans remains to be seen. “Of course we shouldn’t conclude from this that we should make obese humans anosmic [unable to smell] to cure obesity,” Kay says. “But these results are important and provide a lot of good insight into how the olfactory system is involved in metabolic homeostasis.”