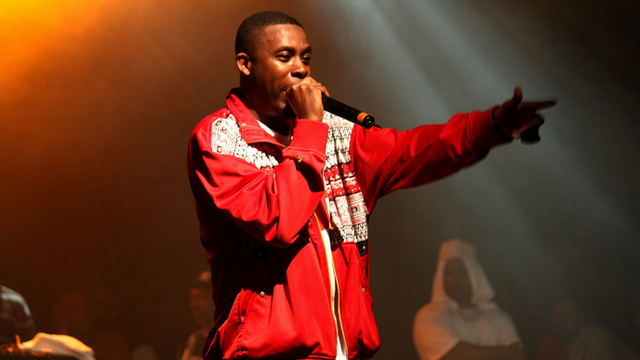 WIKIMEDIA, FLOWIZMYesterday evening (October 12), GZA, one of the founding members of the iconic Wu-Tang Clan, addressed a large crowd at the University of Colorado Boulder with a few of his verses: “There appeared a speck of light, infinitely hot and extremely bright. Within the center of this great shining, there was enormous energy and it was expanding in great timing.” The song is called “The Spark,” a musical history of the universe that arose from a collaboration between the artist, NASA, and Apple as part of an effort to celebrate and attract public excitement around NASA’s Juno mission.

GZA is known for his imaginative lyrics that draw from scientific concepts. “Science is inspiration for a compelling story,” he told the audience. He’s consulted with scientists such as Neil deGrasse Tyson and Juno mission principal investigator Scott Bolton, and together with  Columbia University professor Chris Emdin, GZA...

“Science Genius is a tangible manifestation of what we set out to do, long ago: express brilliant universal ideas in new artistic ways,” he explained to the crowd. After his talk, he sat down with The Scientist to discuss his lyric-writing process and the appeal of hip hop to communicate science.

The Scientist: What is your personal experience with science? Can you tell me more about what your favorite subject is, or what inspires you the most?

TS: A big focus of your upcoming album Dark Matter is astrophysics. What drew you to that subject?

GZA: I would think I was already drawn to it. I just decided. When I heard the term ‘dark matter,’ I said, ‘that would be a great title for an album.’

TS: The Science genius program, which you cofounded, is a program that encourages kids to write raps about science. What motivated you to be part of this program?

GZA: Chris [Emdin], the professor at Columbia University. I don’t know if I can be credited for being a cofounder because he came to me with the idea, and I decided to do because I thought it was great.

TS: Can you explain why you think hip hop is a powerful tool for teaching science?

GZA: Because it’s the most powerful music as far as popularity and as far as who is attracted to this music. It’s the youth. The youth will be the future. . . . No matter what it is, it’s powerful music, it’s very strong language, it’s something that’s captivating. We start rhyming as children, when we would recite our alphabets, like A-B-C-D-E-F-G, H-I-J-K-L-M-N-O-P.

TS: You’re clearly very passionate about science education. Where do you see Science Genius going in the next five years?

GZA: At one time, I was asked that question. I was like, I could see this being as big as the spelling bee.

TS: Other than astrophysics, is there another area of science that you’re particularly enthralled by?

GZA: I’m interested in most sciences, the natural sciences. . . . People just assume . . . [that] I have enough information as a student that’s studying it and I can explain it the same way, but it’s not like that. I just have a way of taking information and writing it.

I know an astrophysicist, Scott Bolton, he lives in Texas, and I remember I played a song for him and he listened to it—we were in California—and he said, ‘You tell this story better than we do.’ . . . That answers your question right now about why hip hop is important and Science Genius is important. . . . I have a way, I can take whatever it is, no matter what it is.

The average audience [and] the mainstream artists would think, ‘GZA is doing this album about science,’ they would swear it was corny and they wouldn’t even believe that I could even deliver the way I was delivering, because they look at the subject and say it’s corny, it’s boring, it’s boring. But it’s all in the delivery and how you write it.

TS: Tell me more about your process. How long does it take you to write something?

I have a song called ‘Animal Planet.’. . . I was watching Animal Planet and I heard the guy on the TV, he said, ‘The polar bears feast on the blubber of seals.’ And I was like, ‘Oh, that just sounds powerful.’ And I wrote that down, that’s all I had written . . . Seal was the rhyming word in that verse, and I had to find a word that rhymes with seals because I want the seal part to be second bar, not the first, because it’s just so strong.

I just start thinking, and one day—was it Guns and Roses [that made] ‘Welcome to the Jungle?’ Or was it Aerosmith? [It was Guns N’ Roses.]—I heard that [song] and I wrote: ‘Welcome to the jungle, where the cat loves to scratch, the cat squeals and the polar bears feast on the blubber of seals,’ and it finally came about.