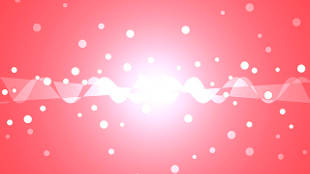 “This is an effective new system for extremely precise control of gene editing via light,” Paul Knoepfler, a stem cell biologist at the University of California, Davis, who was not involved in the research, told The Scientist in an e-mail. “Any technological advancement that can add in the precision and control of genetic modification is an important advance,” he added, noting that “this is one of many such efforts.”

Recently, University of Tokyo chemist Moritoshi Sato and his colleagues developed pairs of photoswitching proteins called Magnets, which use electrostatic interactions to come together when activated by light. The team has also used photoactivatable technology to develop a...

“The existing Cas9 does not allow to modify genome of a small subset of cells in tissue, such as neurons in the brain,” Sato told The Scientist in an e-mail. “Additionally, the existing Cas9 often suffers from off-target effects due to its uncontrollable nuclease activity. . . . We have been interested in the development of a powerful tool that enables spatial and temporal control of genome editing.”

The researchers created paCas9 by first splitting the Cas9 protein into two inactive fragments. They then coupled each fragment with one Magnet protein of a pair. When irradiated with blue light, the Magnets come together, bringing with them the split Cas9 fragments, which then merge to reconstitute the nuclease’s RNA-guided activity. Importantly, the process is reversible: when the light is turned off, the paCas9 nuclease splits again, and nuclease activity is halted. “Such an on/off-switching property of paCas9 is the most important breakthrough previously unattainable,” Sato said.

“The [new] study makes use of the split Cas9 architecture to enable light-activated genome editing,” postdoc Fei Ann Ran of Feng Zhang’s lab at the Broad Institute wrote in an e-mail. “It’s a nice demonstration of using the structural knowledge of Cas9 to engineer it for expanded capabilities, and highlights the versatility of the system.”

“My impression is that the light-activated system using the magnet approach works well, and some researchers are likely to find it useful for specific applications,” Knoepfler said. “For instance, there may be specific developmental studies where ultra-precise activation of gene editing such as in a specific developmental domain via a precisely directed beam of light could prove to be a very elegant approach.” He added that it’s not yet clear if the system will be effective in reducing the off-target effects of CRISPR, but that any technology that limits the time during which the gene-editing components are active will likely do so.

Sato’s group now plans to expand the colors of light that can activate the paCas9 nuclease “to make genome editing more flexible,” he said. “For this purpose, development of new photoswitching proteins with color variation appears to be a key element.”