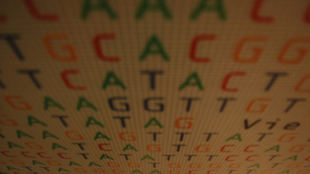 “This is a big problem. It affects us all,” said study coauthor Tom Vanden Berghe, a postdoc studying cell death in the lab of Peter Vandenabeele at the Vlaams Instituut voor Biotechnologie and Ghent University’s Inflammation Research Center in Belgium. “We made a web tool [where] people can put in their knockout [and] how many times they are backcrossed. Then they get a list of all possible passenger mutations.”

The new tool “empowers the scientific community to look a little closer” at the transgenic mice they are using, said Soren Warming, a senior scientist at Genentech who was not involved in the study....

Passenger mutations affect experiments using transgenic animals models called congenic mice, whose modified genetic material comes from a different genetic background than the rest of their genome. Knockout and other transgenic mice are traditionally made by genetically modifying embryonic stem cells (ESCs) in a dish and then inserting them into a recipient mouse embryo. Until recently, these cells almost always came from 129 strain mice, a group of substrains of mice that produce ESCs that are unusually robust and easy to manipulate.

“People don’t realize that recombination occurs very infrequently and that you’re going to end up with this chunk of DNA from one strain on the background of the other,” said Jake Lusis, who studies mouse genetics and cardiovascular and metabolic disorders at the University of California, Los Angeles, and was not involved in the study. Specifically, 129 strain congenic mice on a Black 6 background that have been backcrossed for 10 generations have more than a 90 percent chance of having around 1 million base pairs of 129 strain DNA on either side of the transgene.

When researchers compare their modified mice to control Black 6 mice, they may observe phenotypic differences that result from passenger mutations in 129 mouse DNA, rather than from changes to their actual gene of interest, according to the Ghent team.

For instance, it was thought that the gene Casp1 was the principal player that triggered an inflammatory response and cell death pathway in response to foreign organisms, a step involved in lethal shock. That’s because, according to a 1995 study and subsequent work, Casp1 knockout mice did not go into septic shock when challenged with molecules signaling foreign invaders. However, in 2011, researchers at Genentech showed that many Casp1 knockout mice also harbored a mutated Casp11 gene from 129 strain mice. The researchers showed that the passenger mutation to Casp11 was partly responsible for the animals’ resistance to shock.

This result triggered Vanden Berghe and his colleagues to look into their own work with Casp3 knockout mice. They found that their interpretation of Casp3’s role in septic shock had also been confounded by the Casp11 passenger mutation. “It affected two years of work,” Vanden Berghe said.

There are now ways to make transgenic mice that are less risky. Researchers can genetically modify Black 6 mice using Black 6 ESCs, or they can use CRISPR/Cas to make knockout mice in just about any background. But a substantial quantity of biology research has been built on traditionally constructed transgenic mice, and many labs continue to use them.

Vanden Berghe and his colleagues set out to determine the extent of the passenger mutation problem. In 2011, the Wellcome Trust Sanger Institute released sequence information on Black 6 mice and three 129 strains. The Ghent researchers looked through the sequences for differences between Black 6 mice and the 129 strains that would affect protein production.

They found that 1,084 genes in 129 strain mice have insertions, deletions, or single-nucleotide mutations that cause them to diverge in sequence from Black 6 mice. The researchers further looked at 8,000 existing genetically modified mouse strains with 129-derived mutations on a Black 6 background listed in the Mouse Genome Informatics database, estimating that almost all of them likely contained multiple passenger mutations.

When the researchers specifically looked at mice with the Casp11-inactivating mutation, they found that 86 129-derived strains had them in locations likely to affect the targeted gene, indicating that all these mice could be resistant to shock for an unexpected reason. When the researchers examined mice with matrix metalloproteinases or pannexin 1 knocked out, they found that Casp11 mutations likely contributed to these animals’ resistance to shock. In some labs, animals carried passenger mutations and appeared shock-resistant, while in others, the mice were less shock-resistant and did not have these passenger mutations.

The team’s online tool, Me-PaMuFind-It, allows researchers to enter their transgenic mice and find a list of possible passenger mutations that could affect the animals.

The example of the Casp11 passenger mutations is a dramatic one, said Warming, who was an author on the 2011 paper that first alerted the community to their impact. “There are probably many other examples [of significant passenger mutations], and it will take awhile before they are found out.”

“This tool allows people to go back and revisit some of the other dogmas and say, did we really interpret this correctly?” he added.

“We have this body of information from all of these knockouts,” said Lusis. “We have to be cognizant of the fact that a lot of these studies may be wrong.”

Vanden Berghe said that his team’s results offer hope that, with better mouse models, animal research will become more relevant to human health. Historically, researchers working with mice have at times struggled to translate their results in people. This may have in part been because people were obtaining false-positive findings in mice as a result of passenger mutations.

“Now that we have a better strategy, the conclusions that we will have  . . .  may be more waterproof and the chance that they may work in humans will also increase,” he said.