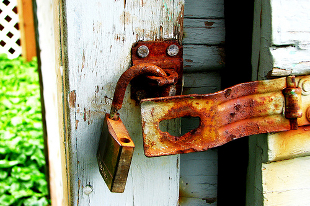 FLICKR, MISSERIONEffective next week, PLOS journals will require that submitting authors provide a statement about where their data can be freely accessed upon a paper’s publication. Some researchers may be able to include all relevant data within their manuscripts or as part of the supplementary materials; others will have to direct readers to a public data repository—like GenBank, FigShare, or Dryad—where this information is indexed.

While the open-access publisher has always included data sharing as part of its overall mission, Theodora Bloom, editorial director of PLOS Biology, said this was more of an implicit ethos than an explicit directive. “It said in our instructions [that] by submitting, you’re agreeing to share,” she told The Scientist. “Now they’re being asked to make an active statement.”

Tom Jefferson, an epidemiologist at the nonprofit The Cochrane Collaboration and a long-time advocate for the sharing of clinical trial data, applauded...

Beyond potentially helping independent investigators reproduce published science, data sharing also opens “the possibility of making new discoveries by combining datasets, and preserving important data assets into the future,” Carol Tenopir, the director of the Center for Information and Communication Studies at the University of Tennessee, Knoxville, said in an e-mail.

At least one researcher, who blogs under the pseudonym DrugMonkey, voiced concerns about the new requirements, however. For some disciplines, forcing researchers to make their data public could have unintended consequences, DrugMonkey told The Scientist by e-mail. “From human subjects’ protections to competition within science . . . to the desire to avoid attack from nefarious parties . . . the reasons are manifold.”

Moreover, the time and money required to deposit data into public repositories may cause some to reconsider publishing in these journals, DrugMonkey added. “I think it will deter many folks from submitting to PLOS because it is an additional headache factor.”

Yale University cardiologist Harlan Krumholz echoed this sentiment. “I wonder if most clinical investigators can do this feasibly, and at what expense,” he said in an e-mail.

But Harvard University’s George Church, who for the better part of the past decade has run the open-access Personal Genome Project, disagreed. “I think that this is totally feasible,” said Church, who noted that standardized data sharing has long been the norm within certain fields, such as crystallography. “I don’t think it will be a huge burden.”

These data sharing requirements could invoke logistical and consent-related concerns, however. PLOS editors uncovered a number of potential problems when they made their updated requirements public three months ago, said Bloom. Reviewing comments of concern, the editors have since included guidelines to address many of these issues and will consider other situations on a case-by-case basis. “We know that there are circumstances when it isn’t ethical or legal to [share data],” she said. “But we think those should be the rare exceptions.”

The policy move fits with the ongoing trend of making more data available for widespread use. For the past several years, the BMJ has continued to push drug companies to release clinical trial data, and academic initiatives, such as the Yale University Open Data Access Project (YODA), of which Krumholz is director, are working to collate data donated by pharmaceutical companies and make them available for research.

“PLOS’s new policy is quite exciting and supports the notion that a published paper has far more value and credibility when the data underlying that publication are also available,” Peter Doshi, assistant professor at the University of Maryland School of Pharmacy and associate editor at the BMJ, wrote in an e-mail to The Scientist. “There will no doubt be many details to be worked out over time as the policy is put into effect. It will be important to see how this policy works in practice and how it changes how research is done.”

“This action should augment the public dialogue and create demand for solutions to the challenges of sharing data,” Krumholz added.

Correction (February 25, 2014): This story has been updated from its original version to correctly reflect Peter Doshi's affliation with the University of Maryland, not his former position at Johns Hopkins School of Medicine. The Scientist regrets the error.