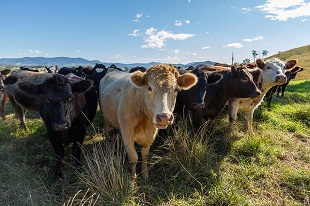 FLICKR, MARC DALMULDERThe inactivity of hibernation is marked by dramatic decreases in body temperature, heart rates, respiration, and metabolism. From bears to chipmunks, cyclically fluctuating levels of a liver protein complex are thought to be an important part of this extreme adaptive response.

But the same proteins—members of the hibernation protein (HP) complex, which are produced exclusively in the liver—may also regulate more subtle seasonal rhythms in non-hibernating animals, such as cows and tree squirrels, according to research published today (July 30) in The Journal of Experimental Biology.

Comparing the genomes of several mammals, neurobiologist G. William Wong of the Johns Hopkins University School of Medicine in Baltimore, Maryland, and his colleagues discovered homologs of HP complex genes in several species that do not hibernate, including pigs, elephants, dolphins, rabbits, and sheep. Wong attributed the finding, in part, to a surge in sequenced genomes. “Nobody had bothered to...

These genes clustered on the same chromosome fairly near to one another, leading the researchers to at first believe they were conserved throughout mammalian evolution. But the researchers did not find these genes in the mouse, rat, dog, chicken, and human genomes.

To elucidate how these genes might work in non-hibernators, the researchers focused on cows. The three proteins in the HP complex—HP-20, HP-25, and HP-27—were found circulating in bovine blood and recovered from the cows’ cerebrospinal fluid (CSF). In samples collected over a four-year period, the researchers found CSF levels of the proteins oscillated cyclically during winter, summer, and fall; the highest annual levels of HP complex were seen in samples collected in February.

Although the discovery of the gene sequences was not unexpected, “we were surprised to find that the biochemistry and regulation of hibernation protein complex in non-hibernating animals was basically identical to that of the hibernators,” said Wong.

When the researchers treated the brains of mice with bovine HP complex proteins, they observed a decrease in the animals’ food intake, but found no change in their body temperature, respiration, or overall metabolism. This suggested that HP complex proteins may also regulate circannual physiologies, such as mating, migration, or food intake, in non-hibernators. “Most animals have seasonal physiology in the wild, and lab animals are not always reflective of that,” said Wong.

Sheep, cattle, rabbits, and pigs are all known to experience seasonal oscillations of reproductive hormones. Lemurs in Madagascar are known to hibernate through dry seasons. And the lesser hedgehog tenrec, which also carries HP complex genes, conserves energy through the winter by keeping its body temperature between 18°C and 25°C.

Still, the potential roles HP complex proteins in non-hibernators remains unclear. The chromosomal locations identified in this study “may be good places to look for circannual promoters,” said biologist Matthew Andrews of the University of Minnesota, Duluth, who was not involved in the study.

While prior work suggested that hibernation genes were specific to hibernators, these new data suggest that differential gene expression, rather than the presence or absence of certain proteins, may be responsible for mammalian hibernation.

The work “demonstrates the universality of these genes,” said Andrews. “It really is a fine example of how the genes involved in hibernation are found in other mammals, but in other organisms they might be used for different purposes at different times of the year.”