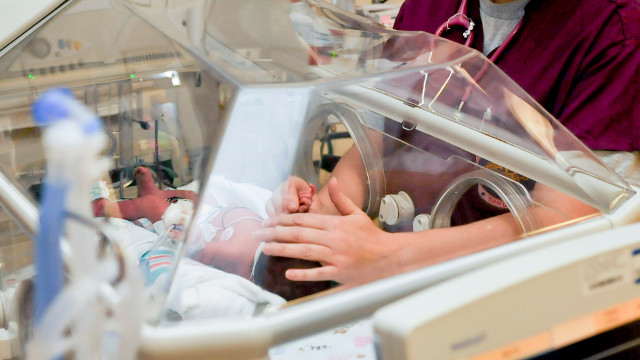 WIKIMEDIA, U.S. NAVYA study comparing premature with full-term babies has revealed immunological differences in cord blood that suggest preterm labor may, at least in some instances, result from fetal intolerance of the mother. The work, published in Science Translational Medicine today (April 25), provides a novel shift in focus from the traditional view that the maternal immune system might be to blame.

“This is a really interesting paper because it takes a completely different and new view of the pathogenesis of preterm labor,” says immunologist and developmental biologist Adrian Erlebacher of the University of California, San Francisco (UCSF), who was not involved in the research. “The reason it’s novel is that it focuses on the possibility that the fetal immune system is contributing to the pathogenesis.”

Preterm birth—delivery prior to 37 weeks of pregnancy—is the leading cause of neonatal death in the developed world. Although there is a range...

But in pregnancy, immune tolerance is a two-way street. The fetus also needs to tolerate the mother—a fact that until recently had been largely overlooked. “There had been a dogma in the field that babies’ immune systems are hyporesponsive, or somewhat immature,” says prenatal infection specialist Sing Sing Way of Cincinnati Children’s Hospital who also did not participate in the study.

The concept of immune system immaturity had taken root in part because the favored model organisms for immunologists—rodents—are indeed born with immature immune systems. In recent years, Way says, “people have shown that . . . babies’ immune cells are functional and [as such] they would have the potential to reject the mother.” This paradigm shift led to the hypothesis that pregnancy complications involving the immune system may involve bidirectional intolerance, says Way.

The fetus also needs to tolerate the mother—a fact that until recently had been largely overlooked.

To test this new hypothesis, pediatric and fetal surgeon Tippi MacKenzie of UCSF and colleagues collected umbilical cord blood from 89 full-term babies and 70 babies whose mothers went into early labor after their waters broke—a condition associated with infection.

Examining the immunological differences between the infants, the team found that cord blood from preterm babies tended to have elevated levels of inflammatory cytokines and activated immune cells, specifically, dendritic cells and memory T cells, compared with that from full-term infants.

Furthermore, preemies had more microchimerism—the presence of maternal cells in their blood—compared with the other babies. And the infants’ T cells were shown to rapidly proliferate in response to maternal antigens. By contrast, T cells from full-term infants did not display such reactivity to antigens from their moms.

Interestingly, T cells from the mothers of the premature babies were far less reactive to fetal antigens than their babies’ T cells were to maternal antigens, suggesting the intolerance was driven mainly by the immune system of the fetus.

While these results indicated that fetal T cell activation might promote early birth, says MacKenzie, “the key question was . . . do these revved up T cells actually contribute to the labor process?” Because establishing such a causal link in humans is not feasible, MacKenzie’s team did the next best thing. The group showed that human myometrial cells—the smooth muscle cells of the uterus—contracted more readily when co-cultured with T cells from preterm infants than with immune cells from full-term babies.

“Now that they have this association [between intolerance and preterm labor],” says immunologist Mike McCune, also of UCSF but not involved with the work, “the key question is, What initiates it?” The most likely culprit is infection, he says, suggesting that inflammation-driven changes to the placental barrier might increase microchimerism and in turn induce intolerance of maternal antigens. The intolerance would then further amplify the immune response resulting in “an endless and devastating cycle,” he suggests.

If such a scenario turns out to be correct, McCune goes on, the next question is, “How can [doctors] detect the process before such time as it causes preterm labor and then prevent preterm labor from occurring?”