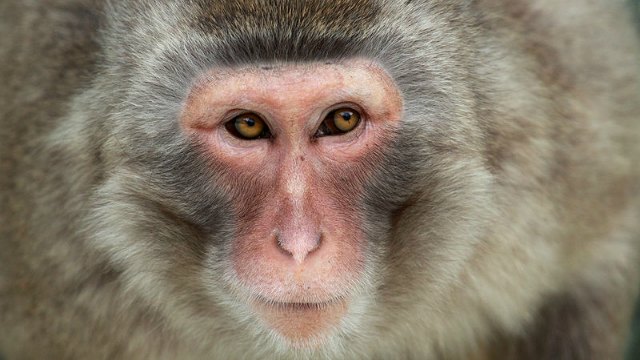 WIKIMEDIA, ALFONZOPAZPHOTOOur brains quickly characterize everything we see as familiar or new, and scientists have been investigating this connection between vision and cognition for years. Now, research in Japanese macaques (Macaca fuscata) reveals that the activation of neurons in a part of the primate brain called the perirhinal cortex can cause monkeys to recognize new objects as familiar and vice versa. The study was published today (August 17) in Science.

“There are a lot of really exciting aspects to this paper,” says neuroscientist David Sheinberg of Brown University, who did not participate in the work. “This group continues to make advances that are helping us understand how we convert visual impressions into things we know.”

Primate brains process visual information through several brain structures that make up the ventral visual stream. The last stop in this stream is the perirhinal cortex, part of the medial...

“In the primate, the perirhinal cortex is the link between the visual pathway and the limbic memory system,” coauthor and University of Tokyo neuroscientist Yasushi Miyashita writes in an email to The Scientist. “Therefore, the perirhinal cortex is one of the most likely candidates in the brain where visual information is transformed to subjective semantic values by referring to one’s own memory.”

“By increasing the firing of the perirhinal neurons, there’s a general signal sent out that says, ‘This is familiar.’”—Paula Croxson,
Icahn School of Medicine at Mount Sinai

To investigate the role of this brain area, the researchers first trained four adult male macaques to indicate whether an object on a screen was new or one they’d seen before. After more than three months of practice, the animals were able to accurately pick out 20-30 familiar objects from a pool of more than 6,000.

Miyashita’s team then developed an optogenetic switch in the monkeys’ perirhinal cortex. They used light or electricity to activate neurons in different parts of this brain region while the animals performed their object-recognition task. The researchers masked the images with varying amounts of visual noise in order to evaluate the relationship between the visual stimuli and the perceptions evoked by these stimuli at several levels of difficulty of recognition.

“The ability to do optogenetics—particularly with this level of precision—in a primate is something very novel,” says Dwight Kravitz, a neuroscientist at George Washington University who was not involved in the study.

When the authors stimulated both anterior and posterior perirhinal neurons optogenetically, the macaques were more likely to identify both old and new objects as familiar. These results suggest that activation of these neurons produces a signal about whether the object is learned, and not a signal related to the object’s specific physical traits.

“By increasing the firing of the perirhinal neurons, there’s a general signal sent out that says, ‘This is familiar,’” explains Paula Croxson, a neuroscientist at the Icahn School of Medicine at Mount Sinai, who did not participate in the work.

The difference in outcomes when stimulating with light versus electricity does not change the fundamental finding: that activation of perirhinal neurons causes a behavioral shift, says Kravitz. But future work will benefit from an exploration of “exactly what the two different forms of stimulation are doing, how they differ, and which one of them is going to give us a better understanding of the circuit itself,” he adds.

“We need further direct evidence for the underlying cellular mechanisms [that govern] activation of various neural elements by electrical stimulation in the perirhinal cortex,” agrees Miyashita.

As with all animal studies, another open question is how well the findings will generalize to people. “The monkey is a good model for the human, but it’s not a perfect one,” explains Kravitz. “This is a very exciting development methodologically, which could lead to very interesting places, but it is in no way a silver bullet for dealing with the complexities of the medial temporal lobe.”