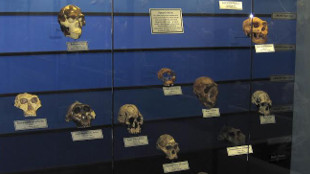 WIKIMEDIA, SKIMSTA The symbiotic relationship between the bacterial strains that make up a large portion of the gut microbiome and their primate hosts has evolved for around 15 million years, according to a study published today (July 20) in Science. While the full spectrum of bacteria that populate our digestive tracts are influenced by factors like antibiotic use, diet, and birth mode, the results suggest that the gut bacterial strains in modern humans evolved and diverged from ancestral bacterial strains in parallel with the evolution and divergence of humans from our hominid ancestors.

“The data are not shocking, but very interesting,” Martin Blaser, who studies the human microbiome at New York University and was not involved in the work, told The Scientist. “The study provides strong evidence that the microorganisms in our gut are ancestral rather than a product just of our current environment.”...

“This paper sets the stage for the possibility that our mutualistic gut bacteria evolved at the same rate as hominids, which, to me, suggests that this mutualistic symbiosis helped the human species evolve,” said Julie Segre, a microbial genomics researcher at the National Human Genome Research Institute, in Bethesda, Maryland, who was not involved in the study but penned an accompanying perspective.

Howard Ochman at the University of Texas in Austin and colleagues collected fresh fecal samples from people (in Connecticut) and from nests of related hominids—gorillas, bonobos, and chimpanzees (in the field). Focusing on three commensurate bacterial families frequently found among the gut microbiomes of modern humans (Bacteroidaceae, Bifidobacteriaceae, and Lachnospiraceae), the team used the fecal samples to extract DNA and sequence several bacterial genes that are known to evolve relatively rapidly. The key was to compare a relatively rapidly evolving gene found in all of these bacterial species. While most phylogenetic analyses of bacteria compare ribosomal RNA genes, these genes evolve too slowly to evaluate “the extent of variation within bacterial species,” Ochman wrote in an email to The Scientist.

When the researchers compared the phylogenetic trees of hominids to the trees of the bacterial species from the fecal samples, they found that both trees reflected the same evolutionary branching. In other words, most of the bacterial species in humans were not found in the ape samples. The researchers saw that for two of the three bacterial families, species were clearly present only in one modern day hominid, suggesting a distinct co-evolution for two of the three bacterial families with their hosts.

“It is surprising that bacteria acquired from external sources show such a pattern of inheritance, as if they were vertically inherited, just like our genes,” Ochman noted.

The hominids sampled shared some of the same species of the third bacterial family, Lachnospiraceae. This microbial group, which appears to have been transferred at least four times among species, may be more readily transported because of its ability to form spores and survive outside of the gut, the researchers noted.

Based on the bacterial phylogenetic trees, the team estimated that chimpanzees and humans last shared a common ancestor about 5.3 million years ago, and that humans and gorillas split about 15.6 million years ago—both consistent with prior mitochondrial and nuclear genome estimates.

Using available gut metagenomes, the team then compared the bacteria derived from people in Malawi to those from people in the U.S. The phylogenetic tree of bacteria from the former group generally mirrored that of those in the latter, but contained several more bacterial lineages.

“There was a signal that the people in Malawi and the U.S. have differences in their gut bacteria, but the biggest difference is among the apes and humans,” said Blaser. “If you had a room of individuals, you could tell the difference between gorillas, chimpanzees, and humans, and so it was the same with their bacteria.”

“We can now use this as a baseline to dissect the parts of the human and bacterial genomes that positively evolved together and that encode symbiotic relationships,” said Segre.

Other human microbiomes may have also had similar co-evolutionary trajectories, the researchers proposed. “I would guess that the bacteria located within other body sites will show a similar pattern of co-diversification,” said Ochman. “That different species harbor unique microbial communities gives us an inkling that this might be the case.”